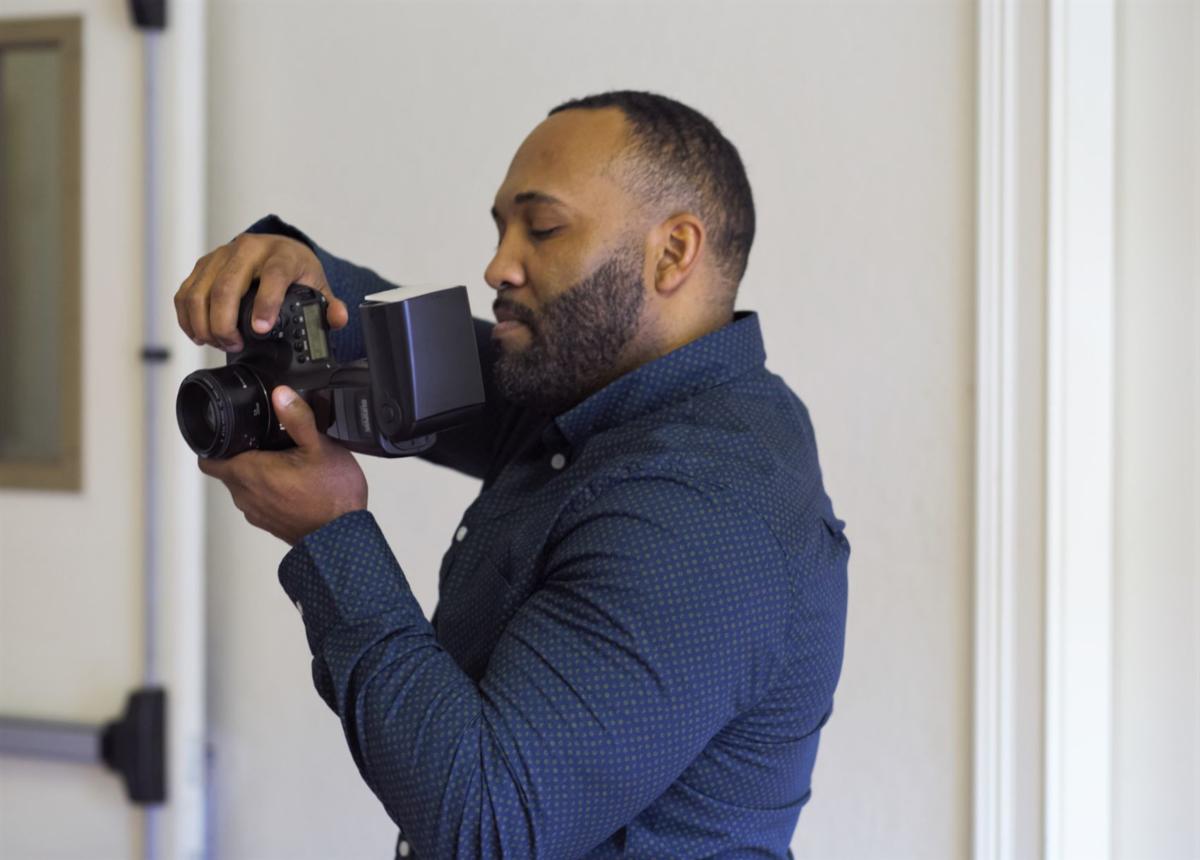 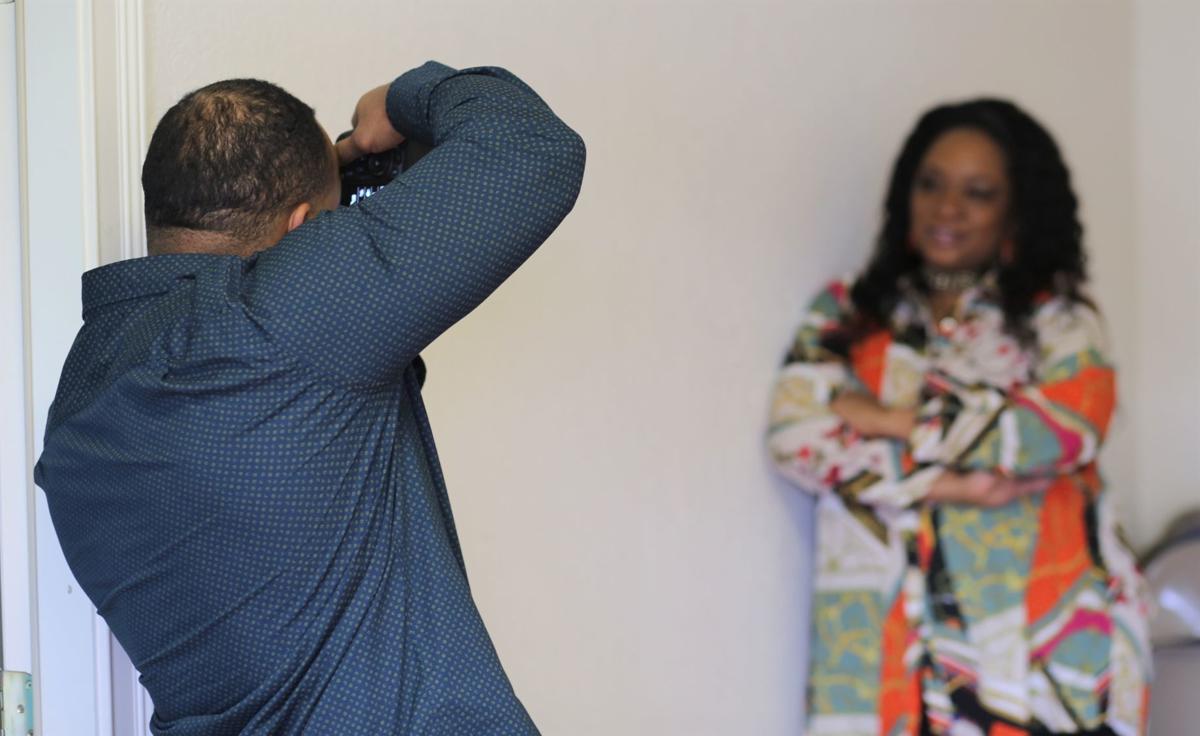 While the other troops were holding their weapons, Aaron Walker was also holding his camera.

Aaron, the owner of Walker & Walker Fotografy, LLC, started taking photos in Afghanistan on his fourth tour of duty with the United States Army in 2013.

“Conflict photography is riskier than normal photography,” Aaron said. “When we walked down the street, we could get blown up, shot at, at any moment. I would just take that chance to take a picture of something that’s going on.”

Aaron noted he was always a soldier first and a photographer second.

“I had a job to do,” Aaron said. “It was my personal choice to do that type of photography.”

Aaron has served in the military for 16 years, serving three tours in Iraq in 2003, 2006 and 2008, and said he hopes to work with military personnel with mental health issues in the future.

A photo Aaron took of a young Afghan girl with blue eyes sitting near a little dog that he said looked like a wolf won contests, and he gave many copies of the photo away.

“I’ve always been into art,” Aaron said. “I always wanted to be an artist. I started taking pictures overseas to scratch that artist’s itch. Then it just kind of blossomed from there.”

When Aaron returned to the United States, he began self-training in photography and started his business.

For six years, Aaron has done mostly wedding photography but said he enjoys photographing graduating seniors because they often like to do “out of the box” things.

“I would love for people to come to me with the craziest ideas, and let’s try it,” Aaron said. “Everybody is going to stand by a wall. Come with some off the wall ideas.”

“I really like weddings that have some kind of culture in them,” Aaron said. “Culture centric.”

Aaron recently shot a wedding for a Haitian couple who washed each other’s feet during the ceremony.

“To capture that stuff is neat,” Aaron said. “Oddly, I get a lot of those.”

“I’m used to it from going overseas and being immersed in different cultures,” Aaron said. “I’m very culturally sensitive to stuff, so it doesn’t shock me a lot.”

Last summer, Aaron added his sister Miranda and a videographer to his team.

“We’re looking to expand to do more weddings across the country and outside of the country,” Aaron said.

Miranda, like Aaron, is a self-taught photographer with a longstanding love for art.

Miranda graduated from Indiana Wesleyan University in 2010 with a degree in interior design.

“We come from a creative family,” Miranda said. “(Photography) kind of fed my creative outlet.”

Miranda works as a legal assistant in downtown Marion and runs a professional organizing business called Designed 2 Organize that works with businesses and homeowners to organize their spaces.

Marion, according to Miranda, is a great place to start a new business.

“The opportunities are here for people in minorities,” Miranda said. “I don’t know if people are afraid to branch out or if Marion has the stigma of not being willing to help minorities, but I think that’s kind of a false narrative.”

Miranda said she has seen growth in Marion and people opening their minds to the possibility of starting small businesses here recently.

To those thinking about starting a business, Miranda encourages them to connect with more people in the community.

“That’s where I think a lot of our growth is going to come from, just connecting to people around here and spreading the word,” Miranda said. “People are willing to help you if you ask.”