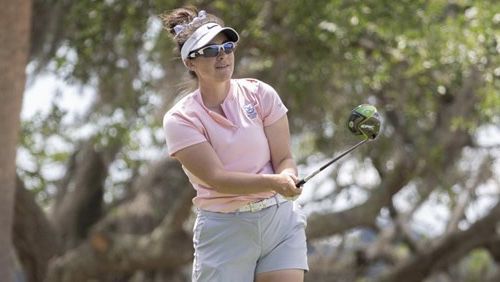 Lauren Tibbets, a 2015 Oak Hill graduate and 2017 Big East champion at Butler, has recently embarked on a professional golf career and has playing status on the Women’s All Pro Tour. 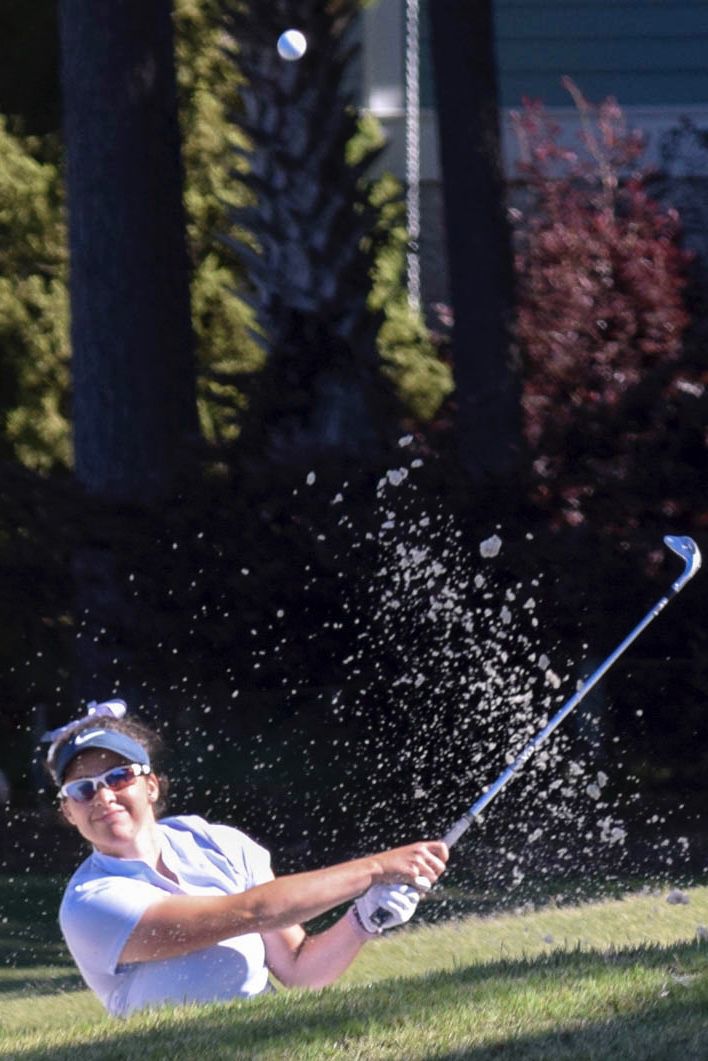 Lauren Tibbets, a 2015 Oak Hill graduate and 2017 Big East champion at Butler, has recently embarked on a professional golf career and has playing status on the Women’s All Pro Tour.

Playing professional golf wasn’t something Lauren Tibbets thought much about while growing up in Grant County, but after completing a highly successful college career at Butler last spring, the 2015 Oak Hill graduate decided to reconsider.

Winning a Big East individual championship for the Bulldogs in her sophomore season played a big role in changing what Tibbets believed was possible.

“Honestly it didn’t even cross my mind when I was choosing somewhere to go to college. I don’t think I really was thinking about that,” said Tibbets by phone from her Indianapolis home Friday morning. “I was decent in high school but I wasn’t really one of the top players in the state. I don’t think anybody expected my college career to go as well as it did, including me.”

Tibbets was solely responsible for the Oak Hill girls golf program starting up in the fall of 2011 and was the only player to represent the Golden Eagles for her first three years of high school. As a junior she qualified for state and finished seventh then returned in 2015 to finish her prep career with a 15th-place finish and received the IHSAA’s Mental Attitude Award in 2014.

Most importantly her stellar play at Oak Hill opened the door to play at NCAA Division I Butler. There she led the Bulldogs in scoring and won two tournaments as a freshman. In fact, Tibbets led Butler in scoring average all four seasons, but at the 2017 Big East championship her 2-over par score through the 54-hole event earned her the conference championship.

It also opened her eyes to bigger possibilities.

“I posted some really good numbers, hit good shots and kind of had it all together for three rounds,” Tibbets said. “My dad (Mike Tibbets) kind of put it in my ear too. I was like shoot, if I can nail down some swing stuff, keep working on my short game, I could actually give this a chance. I would say that’s probably the time when I really thought about playing professionally.

“It definitely shifted the mindset, maybe not so early like sophomore year, even the beginning of junior year, but it definitely changed the way I looked at everything my junior and senior year,” she added. “It made me practice a lot harder just because I had something else I was looking forward to, a larger goal after I was graduating. I still didn’t know if it was going to work out or not. I still did well in school, that and golf were probably tied for No. 1 priority.”

Tibbets graduated from Butler in 2019 with a 4.0 GPA in Actuarial Science and was twice named CoSIDA Academic All-American, but pursuing a playing golf for a living was both appealing and enticing.

After researching where she could take her game to start a professional career, Tibbets decided the fledgling Women’s All Pro Tour (WAPT) gave her the best starting point and opportunity to chase a spot on the LPGA.

“The WAPT just started last year, the women’s arm. The men’s arm has existed for like 15 years, it’s pretty established,” Tibbets said. There aren’t as many options for women as there are men as far as developmental tours if you don’t have pretty full status on the Symetra Tour.

“I heard from a couple girls that (WAPT events) were really well run tournaments, they officially established a partnership with the Symetra Tour, so doing well in these tournaments can get me into Symetra tournaments,” she added. “The purses are a decent size, they have host housing, the schedule is organized pretty well where they have back to back weeks and they’re decently close to each other. I’m driving to everything other than probably Q-school.”

Tibbets went through LPGA Q-school last August, and admitted to being extremely nervous in her introduction to professional golf and missed the cut after three rounds.

The experience did open the door for the WAPT and she’s now played in eight events after starting last November. It also provided another opportunity in Indianapolis as she was selected to be apart of Crooked Stick’s Tour Helpful program, giving her access to the world-renowned course as well as potential sponsors for her professional golf endeavor.

“I think that will connect me with some really cool people, very business-minded people, who can help me out on the business side or the financial side,” Tibbets said. “Obviously if you’re playing at Crooked Stick your doing quite well so I think that could open up some opportunities.

“The Tour Helpful program there’s five people, so they have the experience of being around people who play professionally so those members understand what I’m trying to do, what I’m gong through, the money I’m trying to raise, the schedule I’m trying to play,” she added. “I’m hoping that will connect me with some people who understand what I’m doing and are excited to help people. Crooked Stick is very supportive of people trying to play professional golf, since they do run this program and they’ve run it consistently for quite awhile.”

Tibbets spent part of her winter working on her game along with developing a website, and laurentibbetsgolf.com has a detailed plan for raising funds for her LLC as well more information about her achievements and ambitions.

She also had a schedule in place, that’s now been disrupted by the COVID-19 pandemic.

“I played some of those just to get some more professional experience. It is very different playing for money and trying to play for my income versus playing for a team when there is nothing really super-large at stake,” Tibbets said. “The regular season started the second week of March and I played that event and was supposed to play the following week but they ended up cancelling it when all this coronavirus stuff hit.

“They’ve cancelled everything though April, and I was scheduled to play two tournaments in May,” she added. “Realistically I’m not sure if we’ll end up playing those either.”

Though temporarily delayed, it hasn’t changed Tibbets goals for the immediate future. Ultimately, short term, she has her eyes on earning status on the Symetra Tour, the proving ground for many current LPGA players. The Symetra Tour hosts a pair of events in Indiana, in French Lick (July 9-11) and South Bend (July 31-Aug. 2), and a win on the WAPT could give her an opportunity.

“I think there’s still a few things I have to get straightened out before I have a good chance of winning an LPGA tournament,” Tibbets said. “To be completely honest, if got everything together in one week then I could maybe make a cut and make a little bit of money on the LPGA tour.