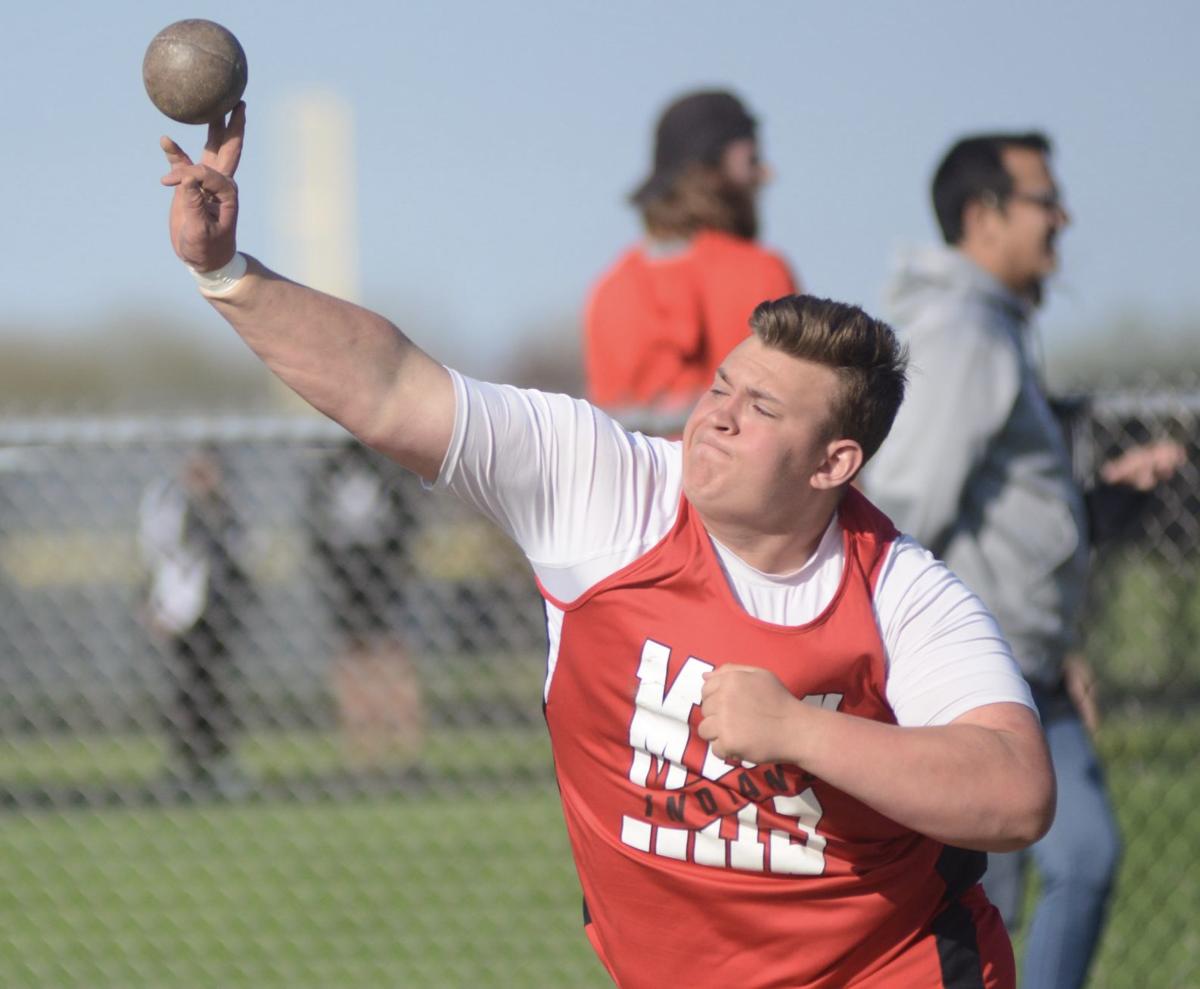 Jason Arbogast is one of three seniors who were set to compete for the Mississinewa boys’ track and field team this spring. 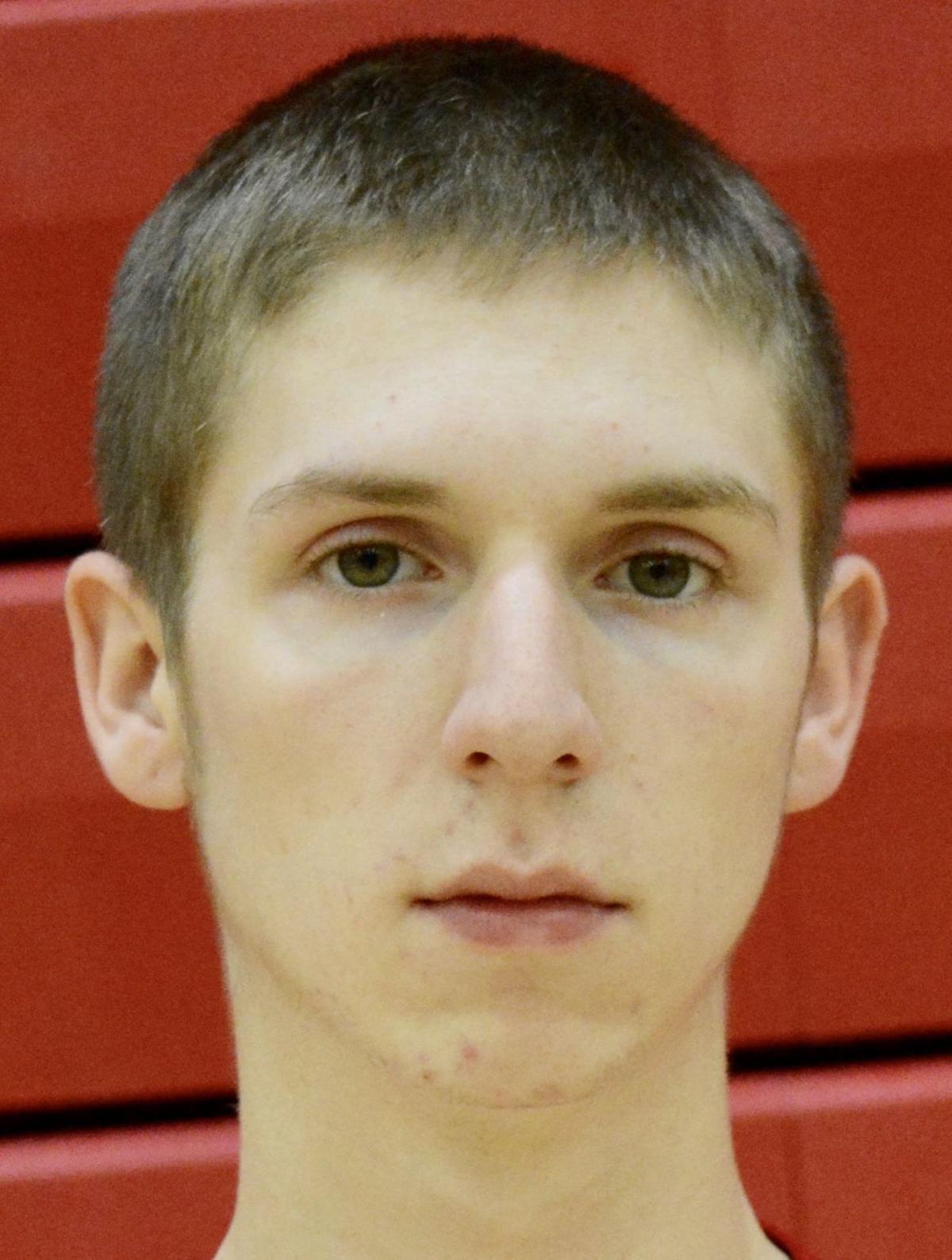 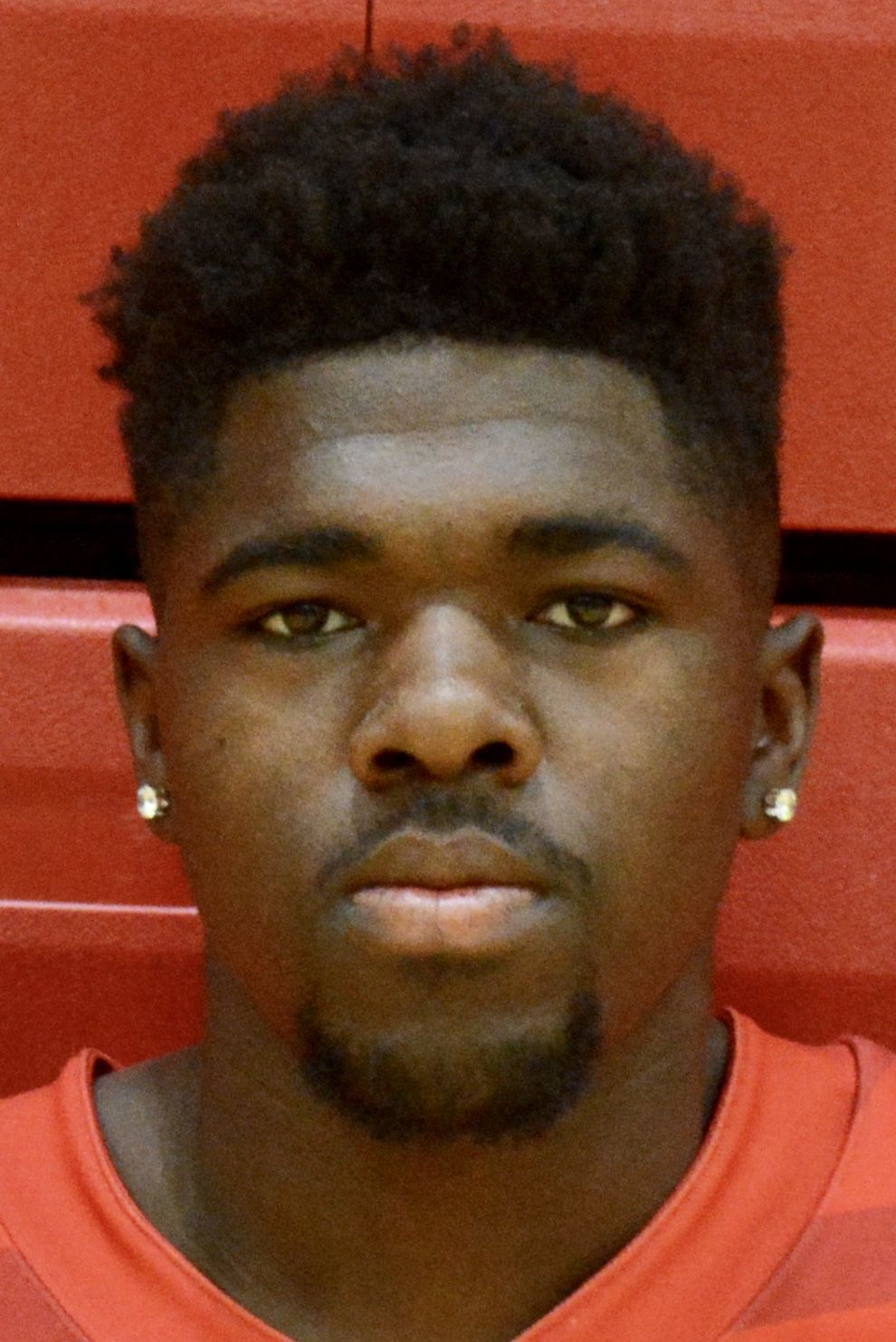 It’s the hope of every coach that seniors provide leadership and an example for how underclassmen should prepare for competition.

Mississinewa’s boys track team was short on seniors this spring, with only three, and Indians’ first-year track coach Ean VanWinkle was getting both in some form from Jason Arbogast, Zak Huffman and Jaheim Johnson.

Arbogast has been a heavy contributor in multiple sports at Ole Miss and his big frame and nimble feet as an offensive lineman helped paved the way to a pair of football sectional championships for the Indians. He’ll continue his football career in the fall at Franklin College and pursue a degree in exercise science.

Last season in track, Arbogast set a personal best in the shot put at nearly 49 feet and finished second in the Marion Sectional. He also advanced to regional in the discus event and finished inside the top 10 for both events.

VanWinkle was excited to have another opportunity to coach Arbogast this spring.

“From my tenure at Mississinewa, I’ve got to know a lot kids through the middle school programs and I had Arbo three years (at RJ Baskett) and really loved having him,” VanWinkle said. “I thought he could really be something and I was real excited.”

VanWinkle also believed Arbogast had big potential and expectations for the 2020 track season.

“As with Carli (Fones on the Ole Miss girls team), I really, really felt confident that I could give him a great chance to go to state in indoor or outdoor or both,” VanWinkle said. “He wanted that goal also and he was shooting for it.

“He really improved in the shot over the course of last season and was throwing really competitive numbers,” he continued. “I can’t imagine what he would have done this year with all the continued development physically and the conditioning he’s done with coach (Josh) Greentree.”

Arbogast also displayed some talent in the arts at Ole Miss. He played trumpet in band and was part of the choir. VanWinkle said Arbogast even had a role in a school play early in spring, but always found the time to prepare for track season.

“He would show up for (track) practice and then race over to his play practices, and consistently did that all of early season,” VanWinkle said. “I was really impressed.

“When he did come to practice, he was real vocal and a great leader for the boys,” he continued. “I was going to name him captain for the season … he was really showing great leadership and great positive push for all the kids.”

Huffman is a distance runner that endeared himself with his level of commitment to VanWinkle’s cross country seasons over the past four years. Like many high school kids, Huffman had more important responsibilities, namely school, work and helping out with younger siblings. But he always found a way to make time for practice and competitions even when it wasn’t easy.

“We called him kid-dad,” VanWinkle shared, noting Huffman provided a ride home to Marion for his young siblings. “I think he quit track his junior year because his responsibilities were too overwhelming … He talked to me about it in cross because he was really late for a few days. I asked him what was going on and he said he didn’t think he could do this.

“…if you’ve got to take your (siblings) home from school … you get it done, get back as soon as you can,” he continued. “You know the routine, go through it. I want you to be a part of this team. We’ll have to make it work and we made it work. He knew he had support of the coaches. He had a very, very specific and interesting situation that sometimes coaches really have to be mindful of.”

VanWinkle described Huffman, who he also coached through parts of the last seven years, as a good all-around kid, a hard worker in class and in sports and a good competitor.

“He is a really important kid and great example of what high school sports mean to people,” VanWinkle said, adding Huffman has worked for Domino’s Pizza his whole high school career. “I’m so glad he told me what was going on. It made a huge difference in the respect of knowing what that kid is going through to get there every day. They’re here. They must mean business because of all the stuff going on around them.”

Johnson was only coming out for track for the first time in his career. He played an impactful role for the Ole Miss football team in the fall and VanWinkle first talked to Johnson when he and assistant track coach Aaron Robinson were in the halls of the high school recruiting in December.

VanWinkle wasn’t sure if his sales pitch to get Johnson out for track worked until the first day of practice.

“I knew Jaheim was a good athlete, especially on the football field and I thought I’ve got to have kids like that. Good football players are usually good track athletes,” VanWinkle said about that first meeting. “I wasn’t real sure with his reaction. He didn’t say anything, just smiled and said I’ll think about it. He comes out for practice and I was excited. Then I saw him jump and saw him sprint and … we were really excited.”

Johnson competed in long jump at the first Hoosier State Relay qualifier hosted by Indiana Wesleyan before the pandemic started. VanWinkle believed with some polishing Johnson had big potential. The coach also saw enough to know Johnson was going to be an asset regardless of performance.

“His attitude was great and he’s a kid I would’ve loved to finish the season with,” VanWinkle said. “He just seemed like a really nice kid and a good kid to coach. … He wanted to get better and continue to work hard. It’s too bad he couldn’t have competed more because he would have been great to have on the team. I really like Jaheim. … I had him for about four weeks. I wish it was a lot longer because he was a great kid.”