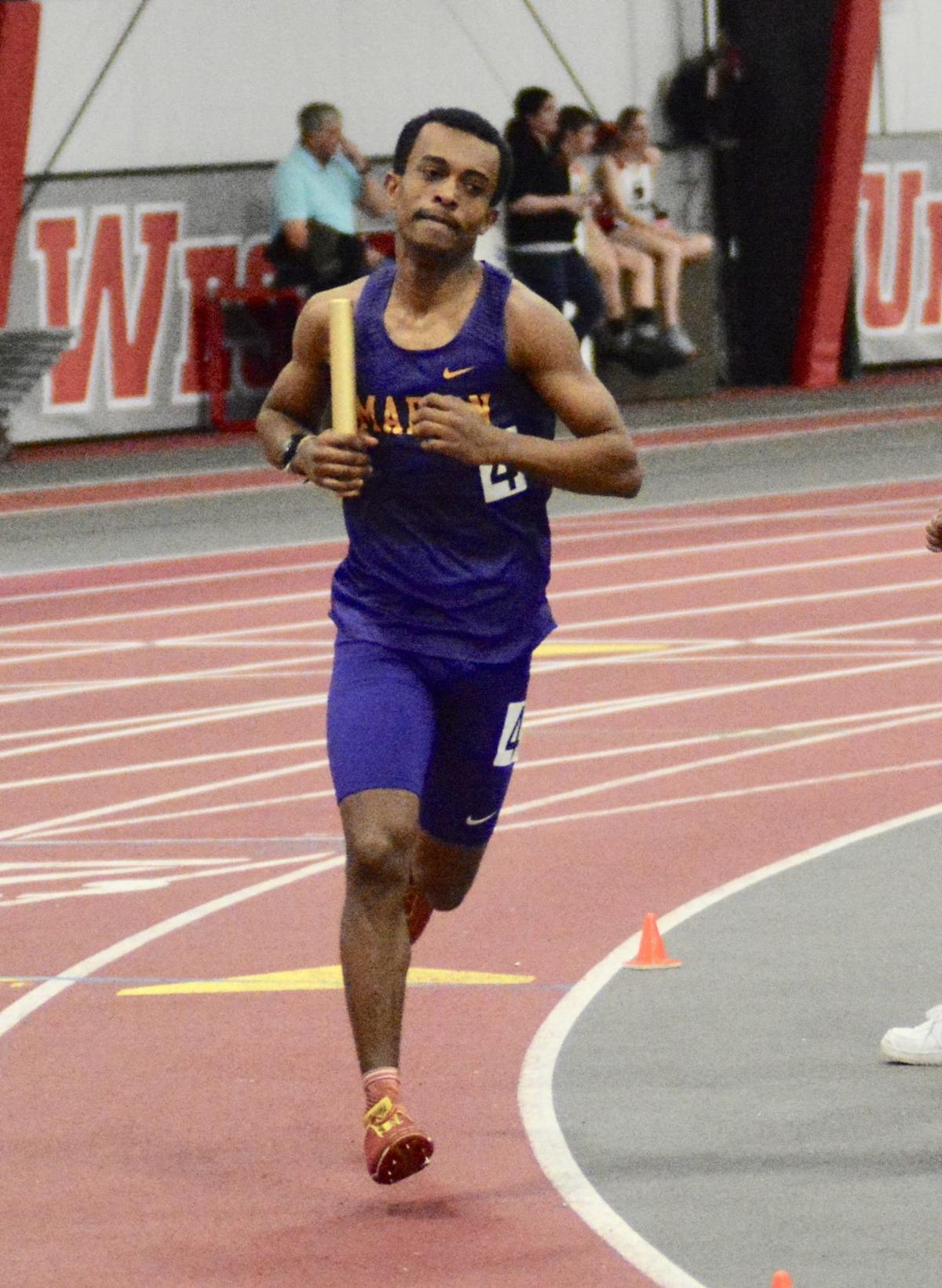 Raffi Fry was one of six seniors set to compete for the Giants track team. 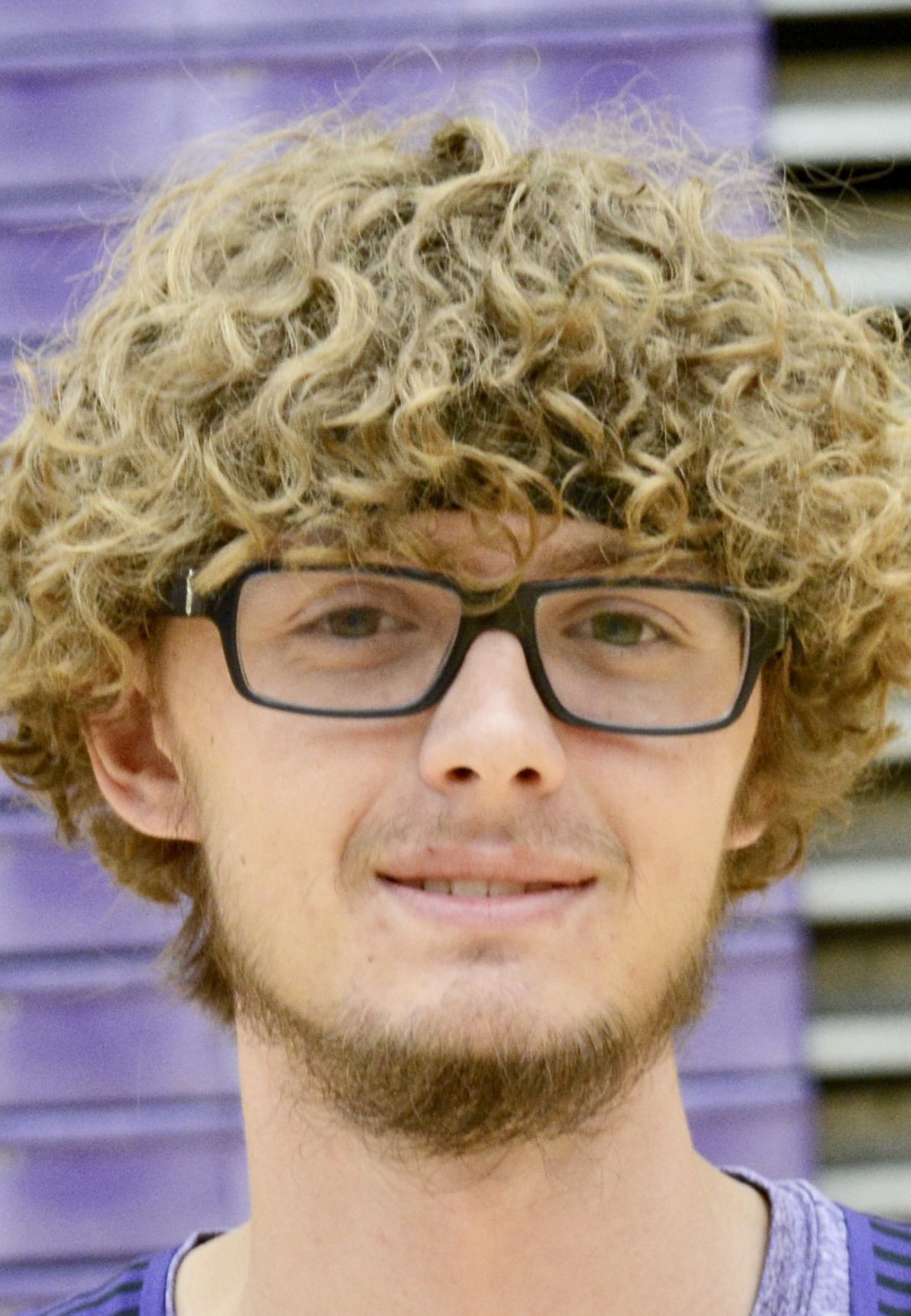 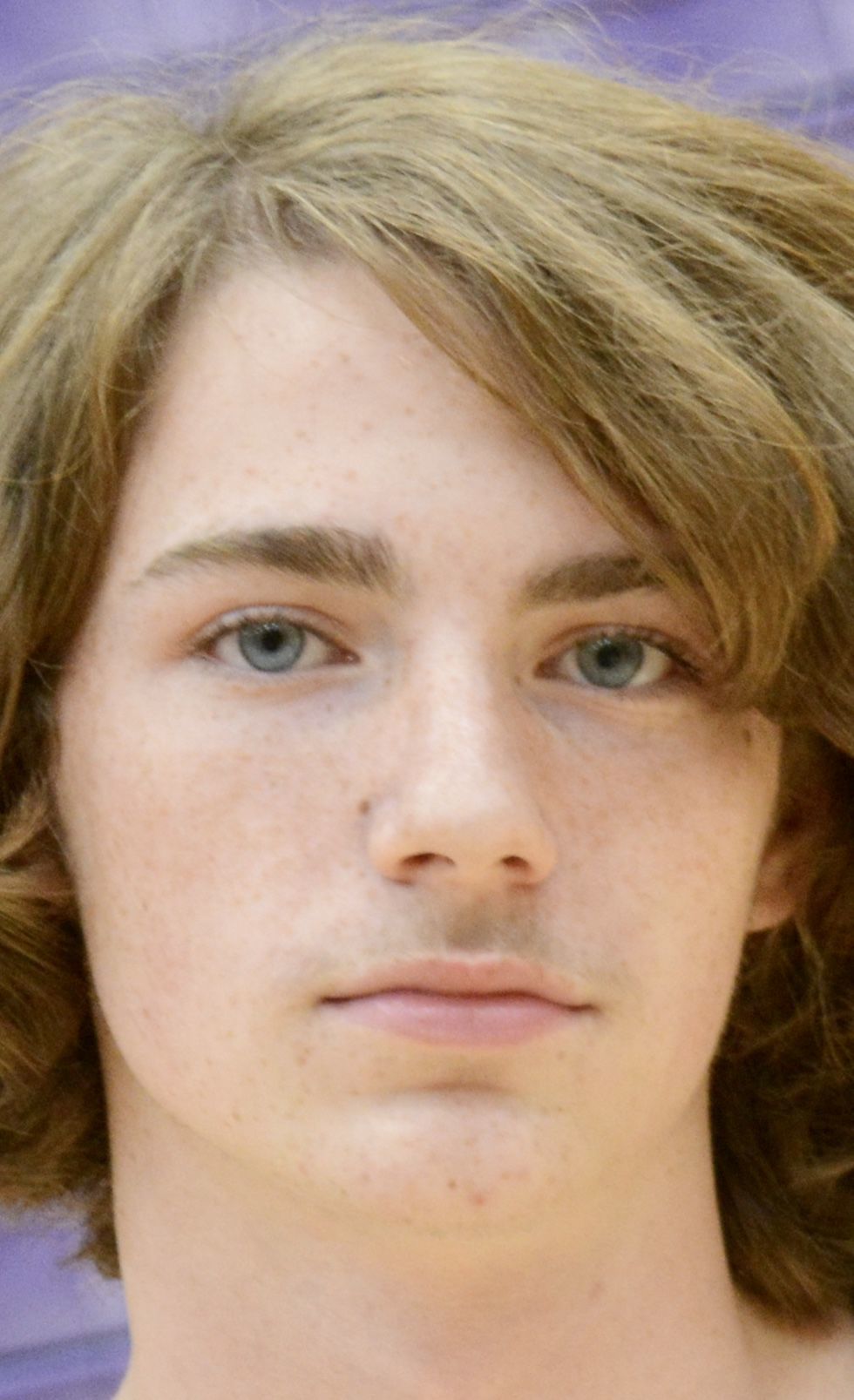 Raffi Fry was one of six seniors set to compete for the Giants track team.

Larson’s Giants would have competed in the Marion Sectional on Thursday and likely would have advanced a nice contingent of athletes to the regional level of the tourney.

While there’s plenty of speculation about what might have been, Larson’s concern through the last two months of the COVID-19 pandemic hasn’t changed. That being the concern for his kids, both from his classroom and track program.

“It’s been really hard, especially since you can’t see them face to face,” Larson said.

Larson and girls coach, Kevin Alsup, have kept in touch with each other and their athletes largely through the Remind app. Larson also said he reached out through emails at different points over the last two month, just to remind everyone to stay on top of academics and try to stay active, if possible.

“I thought we were getting to a really good spot. I thought a lot of the kids were buying in to what we were trying to say,” he shared. “What I like best about our program right now is we’ve had some really good coaches in the past, but this year, I felt like we had the right people at the right spot, at the right time. I think it was really tough at first because we were going to miss the kids we were going to miss the competition and as a coach, we want to compete as much as they do.

“Our staff is such that we see it beyond the competition,” Larson continued. “It’s that, track and field is the vehicle to build better young men and young women. Not having the opportunity outside of the classroom is really tough on us because we want to see those kids and we want to build them beyond whatever the walls of our school are.”

Part of Larson’s optimism stemmed from the Giants’ six senior: a distance group that had Raffi Fry, Austin Warpool and Logan Carrico. Two of Marion’s top sprinters, Troy Jones and Khegian Fields, along with second-year thrower Josiah Hamilton all had promising winters and early springs.

All six were being counted on in important capacities.

“Leadership was huge mostly because of having Raffi come to us last year. He’s one of those guys who’s a vocal leader, a positive vocal leader, but is also a leader on track,” Larson said. “He’ll run and push those guys with him, pull them along and we really needed that. That was something I was really looking forward to with that senior group.”

Fry transferred to Marion from Oak Hill before spring semester last season and was welcomed with open arms. He also instantly became Marion’s top distance runner and started to help raise the performance of his teammates.

“It’s a small world with social media and the kids all know each other. They were really looking forward to having him come over and started driving that,” Larson said of Fry, who will compete for IWU for the next four years. “I think it was an adjustment for him from one system to another, but once he bought into it and you see those times start to drop, just like he would have been over on the (west) side, it would have been just the same.

“He’s a great kid too so that was first and foremost about him.”

Carrico and Warpool have been a part of Marion’s track and cross country programs for the duration of high school.

Carrico was recruited out of Larson’s classroom to compete in track and has shown tremendous growth with the aid of Marion’s distance and cross country coach, Sarina Lashbrook. Larson said Carrico he’s formed a unique bond with through the MHS Arts Department, and both were shared a departmental trip to Europe a couple years ago.

“Man, he’s an incredibly hard worker, and he’s become a leader through that hard work,” Larson said of Carrico. “He’s always there, always wants to do it. I think for Sarina in cross country season, he really started to turn it on and when he got to us he was starting to do things and we thought man this is really going to be exciting.

“He and I have become really close so to see this get taken has hurt,” he added. “Beyond track and field, he’s developed into a great young guy so it’s going to be hard.”

Warpool is another product of Lashbrook’s training and showed significant time drops from his junior to senior year in cross country. Training for such a grueling endeavor is as much mental as it is physical sometimes, and Warpool certainly grew in both areas.

“He’s been doing really well the whole time. He had some mental roadblocks in the first couple years, but he really started to pour it on and buy into the system,” Larson said of Warpool. “It’s one thing to talk about getting this time, it’s another to actually go out and do it. I think this year was the year he was poised to go out and do that.

“It starts with that relationship the coaches create with the athlete and to get them to trust you know what you’re doing,” he continued. “…Sometimes that’s hard for the athletes to buy into.”

Jones comes from the same bloodlines as former Giant sprinter, Brent Jones, who still holds the school record in the 100 meter dash. Troy Jones was set to compete some in the 100, but Larson said his best events were the 200 and 4x100 relay.

Marion’s 4x100 team was blessed with a lot of speed, and had some big personalities as well. Jones was kind of a ‘glue guy’ for a quartet that might have had state finals potential.

“It’s always exciting to see him get going and it takes us a little while to get him in shape because he’s not doing any other sports,” Larson said of Jones. “He has a phenomenal heart and it’s ‘yes coach, yes coach,’ whatever you needed. Getting him to buy in all the time was sometimes a little rough but he’s just a really mild-mannered and really good kid.

“In that 4x1, (junior) Zaimar (Burnett), he’s the dominating factor, but he’s not a verbal guy,” he added. “Somebody like Jones can come in a say ‘hey, this is what we need to do,’ to keep that group together. Sometimes I’d say I need you to go talk to those guys and he would go talk to them and pull the group back together. He was really good about doing that kind of thing.”

Fields was still raw as a track athlete but had shown great improvement and tremendous potential as a long jumper. He filled in some sprint races as well, but Larson was excited to see what he would have achieved this season flying into the sand pit.

“He’s become more and more coachable and i think that’s really what’s driven his success,” Larson said of Fields. “When Kevin (Alsup) is talking to him about long jump, it really starts to click … Kevin is the king of relationship building.

“I think he would have been a factor in scoring for us in the sectional, that’s what we were counting on,” he added. “We were still trying to decide what to do with Zaimar and how many events we were going to put him in. Having that depth in the sectional was ultimately important and Khegian would have helped us with that.”

Hamilton was entering his second year of track, but had also made some quick, and big strides in the throws, particularly shot put. He’s had an outstanding JROTC career at Marion, on both the Raiders and Marksmen teams, and will study cyber security at Purdue.

Brian Burke, an assistant coach for Marion’s football team, took over the role as throwing coach during the winter and Hamilton instantly became one of his best students.

“He came to us last year and just started to get his mouth wet with what was happening with track and field,” Larson said of Hamilton. “He’s the nicest but he’d run through that brick wall if I asked him to.

“This year there was a whole ton of success brewing quickly with what he was doing with Brian Burke,” he continued. “He was improving really fast, we’re talking like four feet of improvement. From being super-raw to be able to say this is how it needs to happen, it was great to see his improvement because he is such a great kid and he does work so hard. Those are the kids you always want to see come out on top.”

While each of Marion’s six seniors are uniquely individual, Larson said a common trait was shared by all and its benefitted the Giants’ track program greatly since he took over nearly five years ago when Terry Lakes retired. That trait is what he’ll remember most about his 2020 seniors.

“A lot of it is their enthusiasm. Their enthusiasm to really want to compete,” he said. “These are guys who are going up to IPFW in January when are not allowed to connect with them and going to meets on their own through club stuff.

“Their enthusiasm to compete, the excitement they brought to the team was tremendous.”