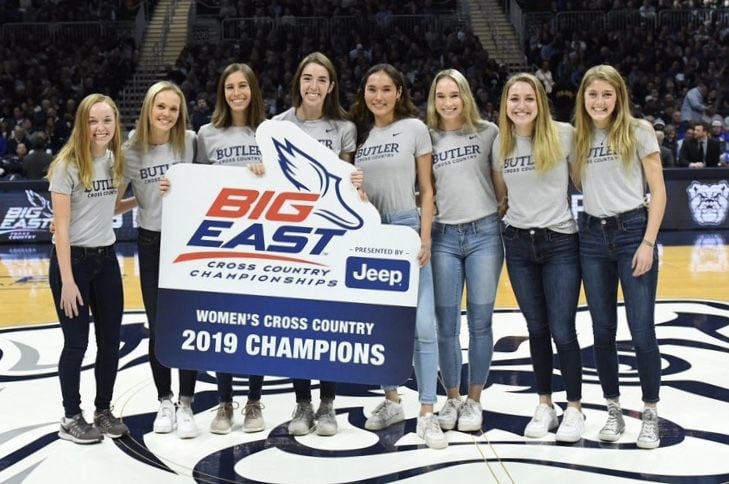 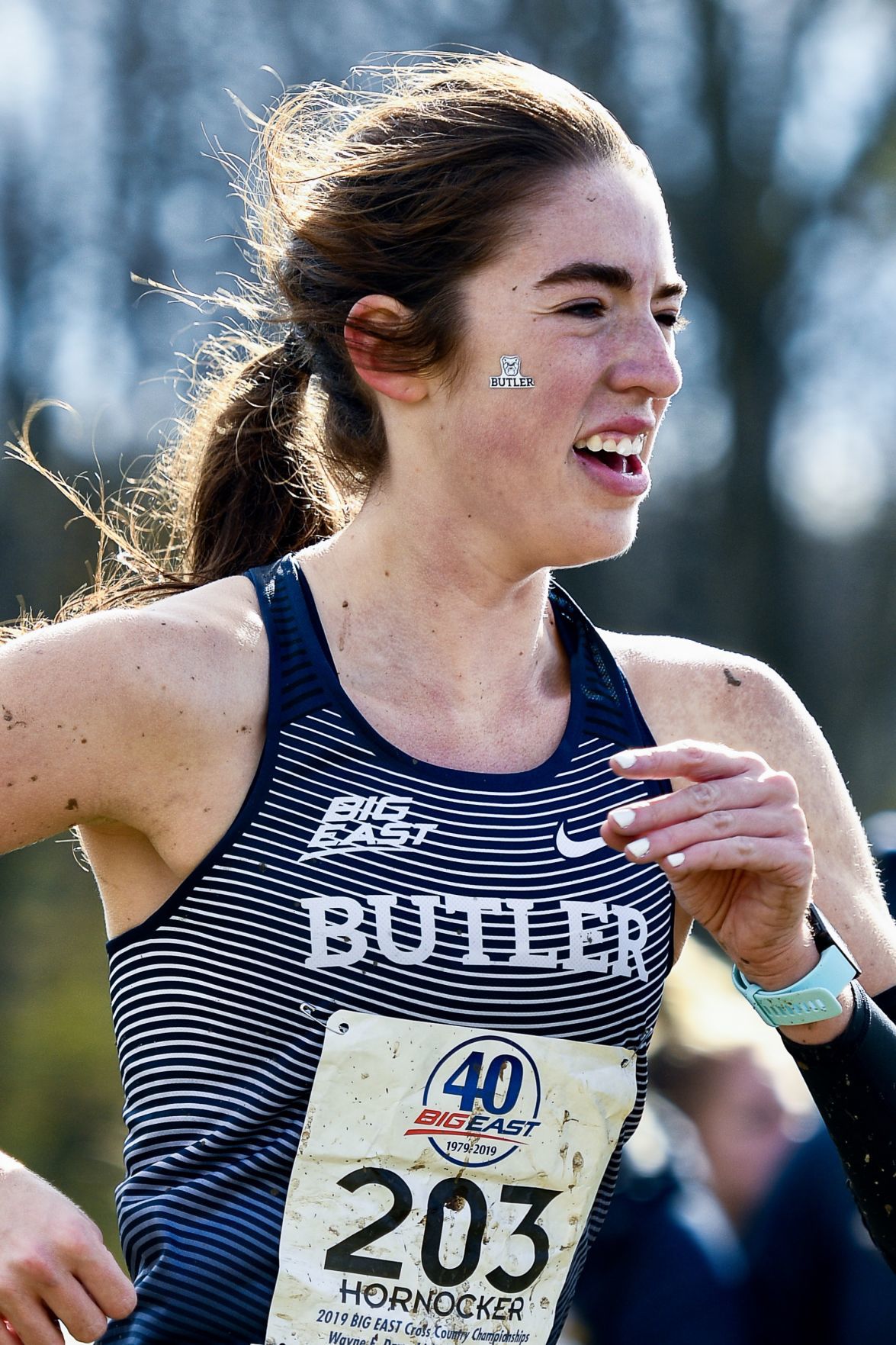 Logging mile after mile on the roads of western Grant County was something Margo Hornocker grew accustomed to as she worked herself into being one of the top high school distance runners in Indiana at Oak Hill High School.

In that respect, not much has changed for Hornocker, who is currently finishing up her sophomore year of studies at Butler University while back at home with her parents and sisters waiting out the COVID-19 pandemic.

Hornocker makes time daily to train, but after two years of competing in track and cross country for the Bulldogs and training daily with her teammates, she’s been forced to once again doing it mostly alone.

Desire to go further and faster is essential in high-level distance running, and Hornocker’s work ethic and willpower pushed her to become the fastest female high school cross country runner in the county’s history, which earned her the opportunity to compete for Division I Butler in the Big East conference.

The self-discipline she developed at Oak Hill has once again taken over as Hornocker prepares herself for the fall cross country season by training alone again in Grant County.

“I always have been kind of used to running on my own. I don’t really have anyone back here to run with,” Hornocker said on Tuesday by phone. “I’ve always kind of ran by myself at home, so that’s not too hard of an adjustment. I think the hard part of it is adjusting my expectations because I was obviously not planning on not having my outdoor season so that’s a couple months of training where I’m now by myself unexpectedly.

“Looking forward to this summer, I hope to still be able to do this, but my plans are to live in Indy for the summer and do an internship at my church there,” she continued. “I was going to be able to train there with pretty much the whole entire girls team. … I was really looking forward to having our normal training group to run with over the summer. … You’re used to running with seven other people every day then you go home and you’re completely by yourself and you still have to put out the same effort.”

Current training isn’t completely the same for Hornocker. Her role for Butler’s cross country and track programs are similar to what she did at Oak Hill, but not exactly the same. She was a two-time state medalist for the Golden Eagles in the 1,600 meters, but she’s primarily competed at longer distances for the Bulldogs.

Longer distances have equated to more miles on the road, which Hornocker is okay with.

“The biggest change in training has been in the volume and intensity of it. In high school, throughout the whole season I would build up and my highest mileage week would be like 60 miles,” Hornocker said. “Now I run like 65 miles every, single week. Not just one week out of the season but every week. In high school my longest runs were like 10 or 11 miles, but that was only during my highest mileage week of the season. Now I run 10 miles every single day.”

Hornocker finished 23rd in the race and the Bulldogs took the title on Nov. 2 in Kenosha, Wisconsin.

“I’m really glad that we had that day because our goal for the season was to qualify for nationals and we just did not perform well at regionals at all,” Hornocker said. “The fact we were able to win conference made this season almost worth it, I think. We’ve won conference championships before but never in the Big East.”

Butler finished 10th in the Big East during Hornocker’s senior year of high school then rose to fourth in her first season in college. She was one of five freshman filling out the Bulldogs’ seven-woman line-up in the 2018 Big East race.

The championship was a surprise to some, but not to Hornocker and her teammates.

“This year our goal was to win. I don’t think we were expected to win. When we went back and watched the replay of it, the whole entire race they only talked about Villanova and Georgetown being contenders then we ended up winning,” she said. “That was really cool because we were the underdogs and nobody expected us to win. We’re still a really young team. It was a really cool reflection of how hard we’ve worked and how much we’ve grown.

“Even if we never achieved anything else in the time before I graduate, I think that’s something I’m always going to remember,” she added. “To win the Big East championship for cross country, it’s a really cool thing to be able to say and a cool memory to look back on.”

Unfortunately, there’s also been some less than memorable experiences. The first is obviously having her outdoor track season cancelled this spring by the coronavirus outbreak, which made things even worse since an injury cut short her freshman outdoor season and resulted in a redshirt.

Hornocker suffered stress fracture in her heel as result of learning to compete in the steeplechase, an event contested at either 2,000 or 3,000 meters which incorporates four hurdle barriers and a fifth hurdle that contestants jump over and into a water pit.

Though she enjoyed the new challenge, Hornocker said a lack of confidence in her developing technique led to the injury.

“You have to be confident in yourself to go over the barriers, especially the water barrier, because that’s kind of a far jump down from it,” Hornocker said. “Even if your form isn’t perfect you have to be confident and know you’re going to land and be able to keep running. ... My form really wasn’t very good so the way that I was landing actually resulted in me getting a stress fracture in my heel.”

Hornocker said she doubts the steeplechase will be part of her future, but the 10 kilometer race certainly could be. Her focus for now is just continuing to build towards cross country season and what she hopes will be a full spring season in 2021.

She hopes it will include a full summer of training with her teammates in Indianapolis, but understands the uncertainty of today.

“If I am running 70 miles a week for two months before we get back to school that will put me in really good shape to improve on where I was last year,” Hornocker said. “This will definitely be a big summer for me. … This will be the first full summer that I have completely adjusted to training, injury free, so I’m really looking forward to that. It should be a good opportunity. Hopefully I can do that in Indy.

“Obviously like everything else, it’s up in the air. That’s also – at the end of the day – not the most important thing. If it’s best that I stay at home that’s what I need to do. There’s just a lot of unknowns right now.”