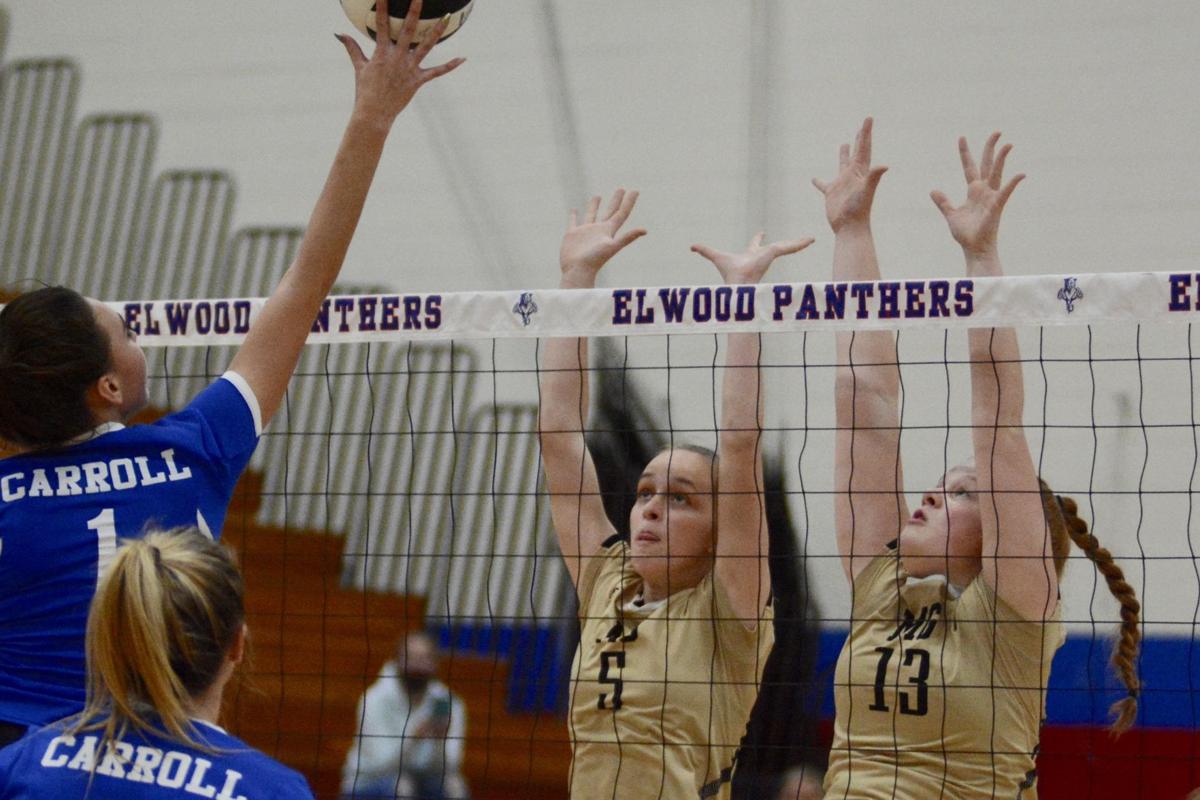 Madison-Grant's Azmae Turner (5) and Katie Garringer put up a block against Carroll in the Argylls' 3-0 win Saturday morning in the Class 2A Elwood Regional. 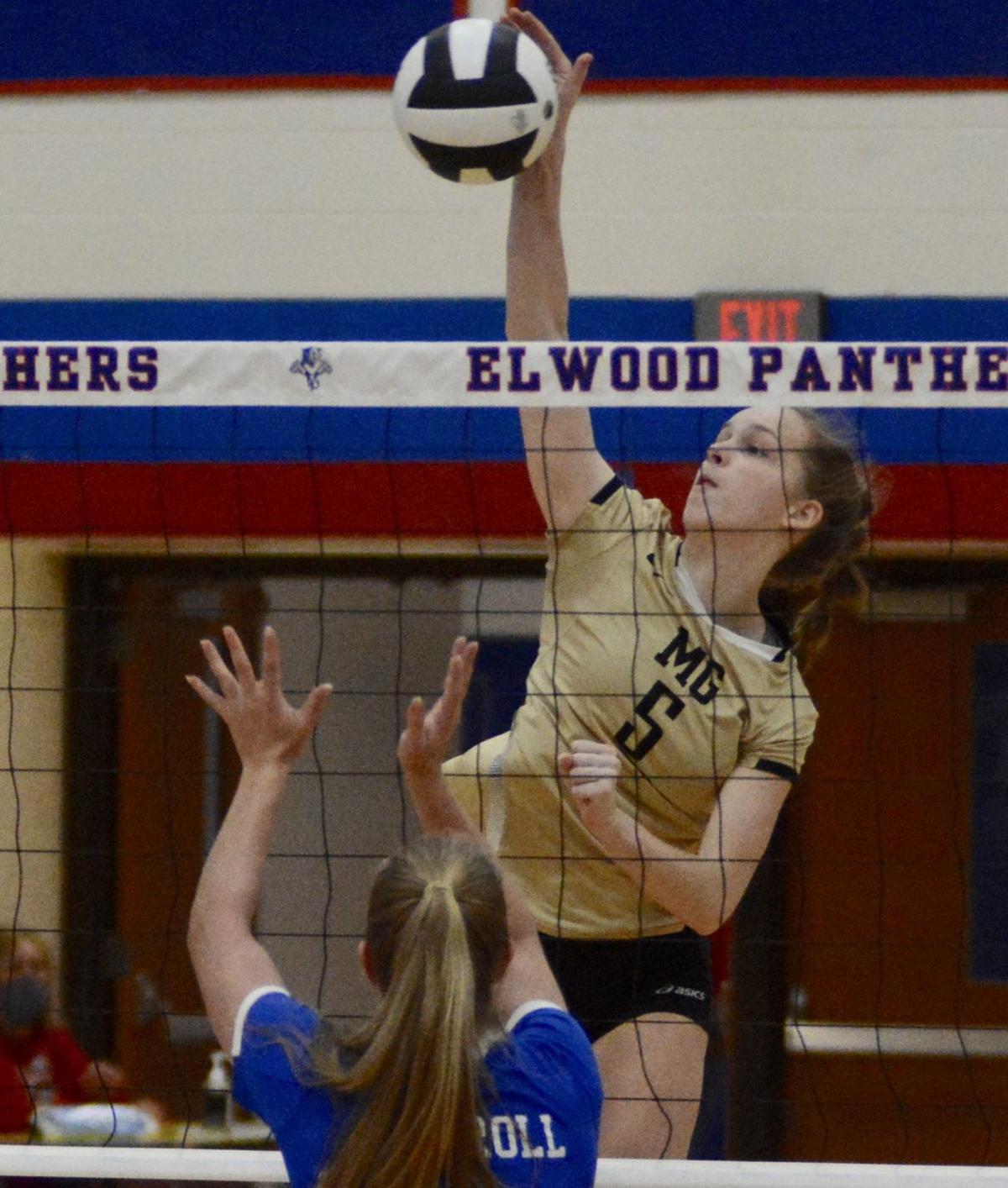 Azmae Turner swings at one of her 12 kills in helping Madison-Grant sweep Carroll in a semifinal match of the Class 2A Elwood Regional Saturday morning.

Madison-Grant's Azmae Turner (5) and Katie Garringer put up a block against Carroll in the Argylls' 3-0 win Saturday morning in the Class 2A Elwood Regional.

Azmae Turner swings at one of her 12 kills in helping Madison-Grant sweep Carroll in a semifinal match of the Class 2A Elwood Regional Saturday morning.

ELWOOD — The Madison-Grant volleyball team was sharp, efficient and found a very good rhythm from the start of its Class 2A Elwood Regional semifinal match against Carroll Saturday morning.

The Raiders snuck out of Fairmount with a dramatic, 3-2 win over M-G on Sept. 16.

Madison-Grant faced its biggest deficit of the entire match early in the first set after Carroll scored three-straight points to go up 6-4, then again at 7-5.

A hitting error by Carroll sent senior Emma Brummet behind the service line and started a 7-0 run for M-G.

Alexis Baney and Grace Holmberg each put down a kill, Brummet followed with an ace and setter Gabby Rudy found an open piece of court with a dink shot to swing momentum fully in the Argylls direction. The run was aided by two more Carroll errors and the Cougars pulled no closer than five points the rest of the set.

Carroll scored the first point of the second set but the Argylls scored eight of the next nine to quickly build an 8-2 lead. Madison-Grant then assumed full control with another 8-1 run. Homberg had two kills and three aces to help extend the Argylls’ lead to 19-6.

The Cougars would draw no closer than 21-11 and the Argylls quickly finished the set from there.

“We actually made some changes to some of our defense this week. We changed up what we normally do,” said Argylls' coach Kayla Jump. “That’s kind of difficult to do. They did a good job of learning it and figuring it out this week.”

M-G scored the first four points of the final set, extended to a 10-4 lead. Then again with Brummet serving, the Argylls ran away from Carroll with an 8-0 run to go up 18-6. The Cougars twice drew within nine, the final time at 22-13. Azmae Turner had a kill and a block before the match ended on a Carroll error.

Unofficially, Turner led M-G with 12 kills. She also had two aces and a block. Katie Garringer finished with 10 kills and a pair of aces while Holmberg added nine kills and three aces. Baney had five kills and four blocks. Rudy dished out 38 assists and, along with Brummet, had three aces.

Jump was pleased by the overall play of the Argylls even when Carroll forced M-G into scramble mode, which was infrequent.

“Our girls did a really good job of just keeping the ball in the court,” she said. “If it wasn’t a great set or not a good pass they did a good job of keeping a good keeping in play.”