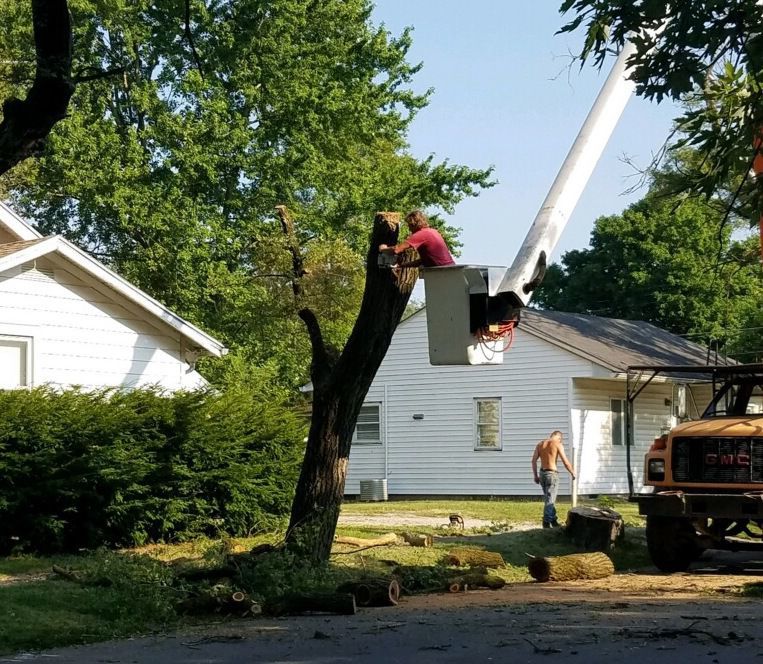 A Cut Above Tree Service removes a tree near the intersection of Butler Avenue and Indiana 18 Tuesday following the death of 18-year-old Katie Maynus on June 20. 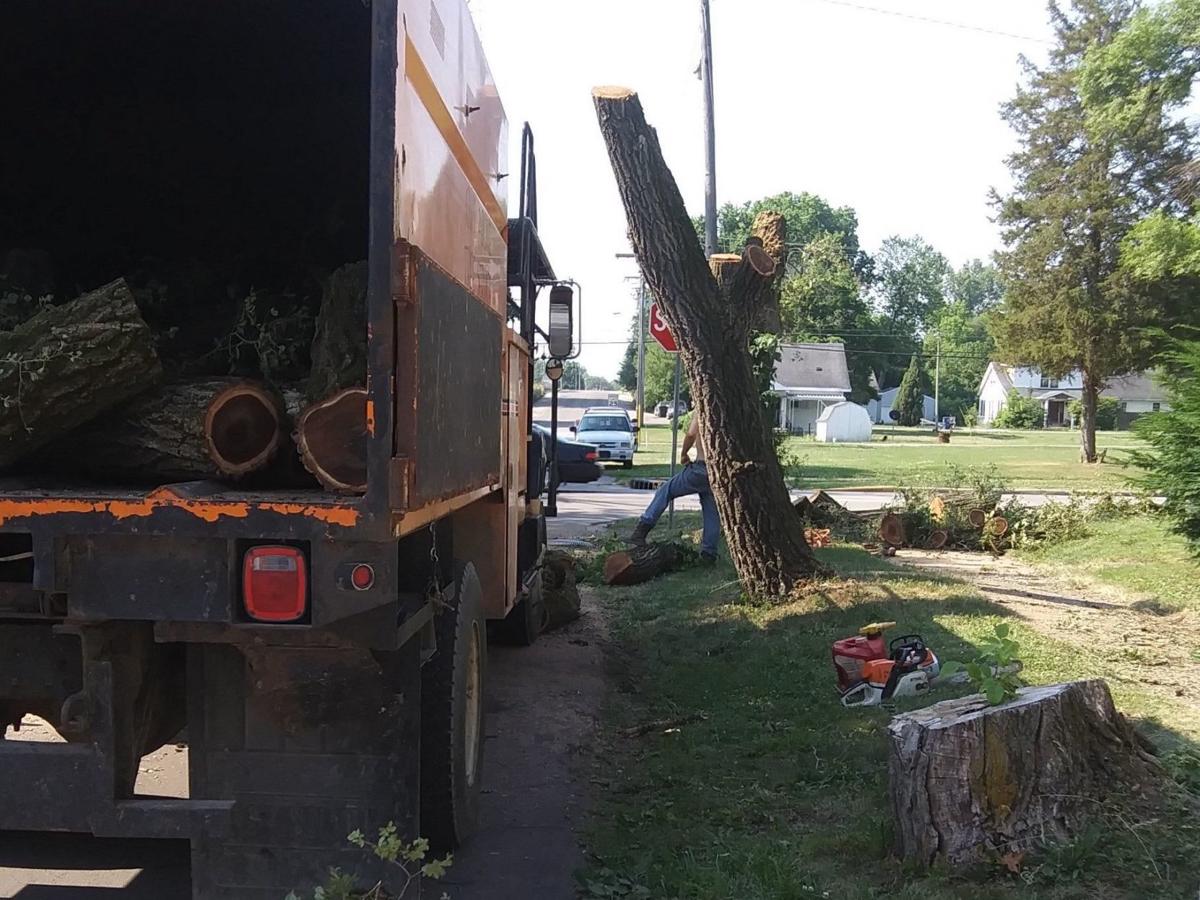 A tree obstructs the view of a stop sign at the intersection of Butler Avenue and Indiana 18. 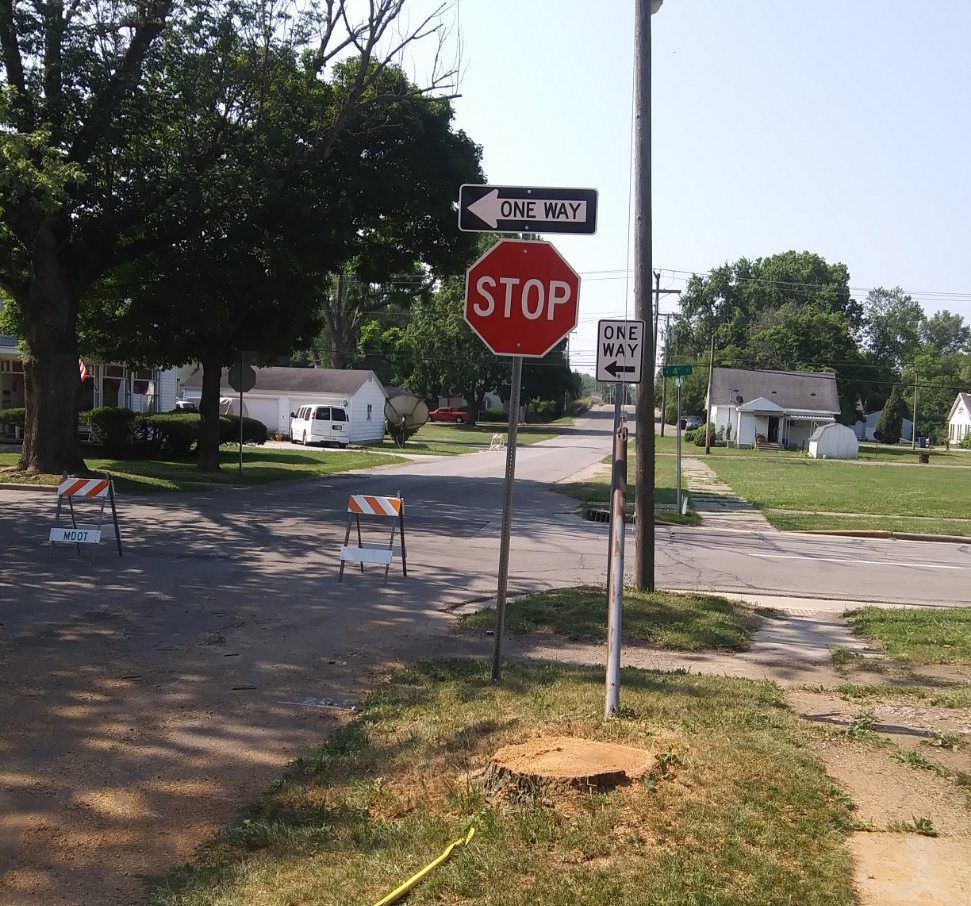 A stop sign at the intersection of Butler Avenue and Indiana 18 stands, easily visible following the removal of three nearby trees.

A Cut Above Tree Service removes a tree near the intersection of Butler Avenue and Indiana 18 Tuesday following the death of 18-year-old Katie Maynus on June 20.

A tree obstructs the view of a stop sign at the intersection of Butler Avenue and Indiana 18.

A stop sign at the intersection of Butler Avenue and Indiana 18 stands, easily visible following the removal of three nearby trees.

Three trees at the intersection of Butler Avenue and Indiana 18, where a fatal crash killed 18-year-old Katie Maynus on June 20, were removed Tuesday.

The Oak Hill student reportedly disregarded a stop sign obstructed by trees when her car collided with a semi tractor trailer.

“We are so thankful that this intersection has been taken care of,” said Katie’s parents Jami and Dave Maynus in a statement. “God has truly blessed us with friends and family to stand up for us and with us in this.”

Shortly after her death, Katie’s friends, family and teachers met with city officials regarding the trees obstructing the stop sign.

After a company was unable to remove the trees on Monday due to equipment issues, Grant County resident Nick McKinley sprang to action.

McKinley said he contacted the City of Marion, Katie’s aunt Amanda Cruea, the property owner and A Cut Above Tree Services and organized the removal of the trees.

“I just kind of connected all the dots,” McKinley said. “I was a police officer before, and I used to diagram fatal car accidents, so I understand the severity of the situation.”

When McKinley contacted Junior Stone, the owner of A Cut Above Tree Services, Stone said he dropped what he was doing that day to remove the trees.

“I have four children and seven grandkids. I can’t imagine something that tragic happening to one of them,” he said. “There’s nothing more important than your kids and grandkids.”

Stone said the general feeling on Tuesday was “sorrow” as Katie’s family watched the trees come down.

“I have the deepest sympathy for the family, and I hope anyway anyone can help them out, they do,” he said. “They’re very great people, and my heart just goes out to them.”

Although Cruea was unable to be there Tuesday, she said the day was emotional.

McKinley said it was important for him to be present while the trees were removed, and he was able to meet Katie’s family.

“I was there when the last piece of wood was cut,” he said. “There was nothing bittersweet about it. Nothing that happened out there will ever bring her back, but maybe it can prevent any further accidents.”

Jami and Dave Maynus said the tree removal was “the first of many steps we plan to see through to make our city a safer place,” and they plan to sit down with the Marion Mayor Jess Alumbaugh to discuss further improvements.

At a city council meeting on Tuesday, Council President Deb Cain invited Katie’s friends and family to stand and be recognized.

“We would like to commend your actions and campaigning for something you believed in getting the trees down at Butler and Fourth to make that intersection a safer intersection, so the city does not have to experience what you are going through,” Cain said. “I am very sorry for the grief that you are experiencing, and you are in my prayers and thoughts. I also want to thank the city, the mayor for coming to a decision that was appropriate for everyone. So thank you very much, and I appreciate the time that you came tonight.”

The efforts by Katie’s friends and others in the community showed Cruea how loved Katie was, she said.

“Katie was loved. If you knew Katie, you loved Katie. That’s just the way it was. This just proves it,” she said. “I 100 percent give her friends the credit for the trees coming down as quickly as they did.”

Cruea described Katie as funny, quirky, introverted and a lover of reading.

When asked what Katie would say about her community’s efforts, Cruea said, “I think she would be a little embarrassed by it, just because she was such a quiet, introverted person, but she would be amazed. She would say thank you. She was an activist at heart. She was a world changer, so she would be right beside people fighting for what is right.”

Cruea said she encourages others to keep an eye out for other unsafe intersections.

“We’re not done making change. This is just the beginning. In Katie’s honor,” she said.