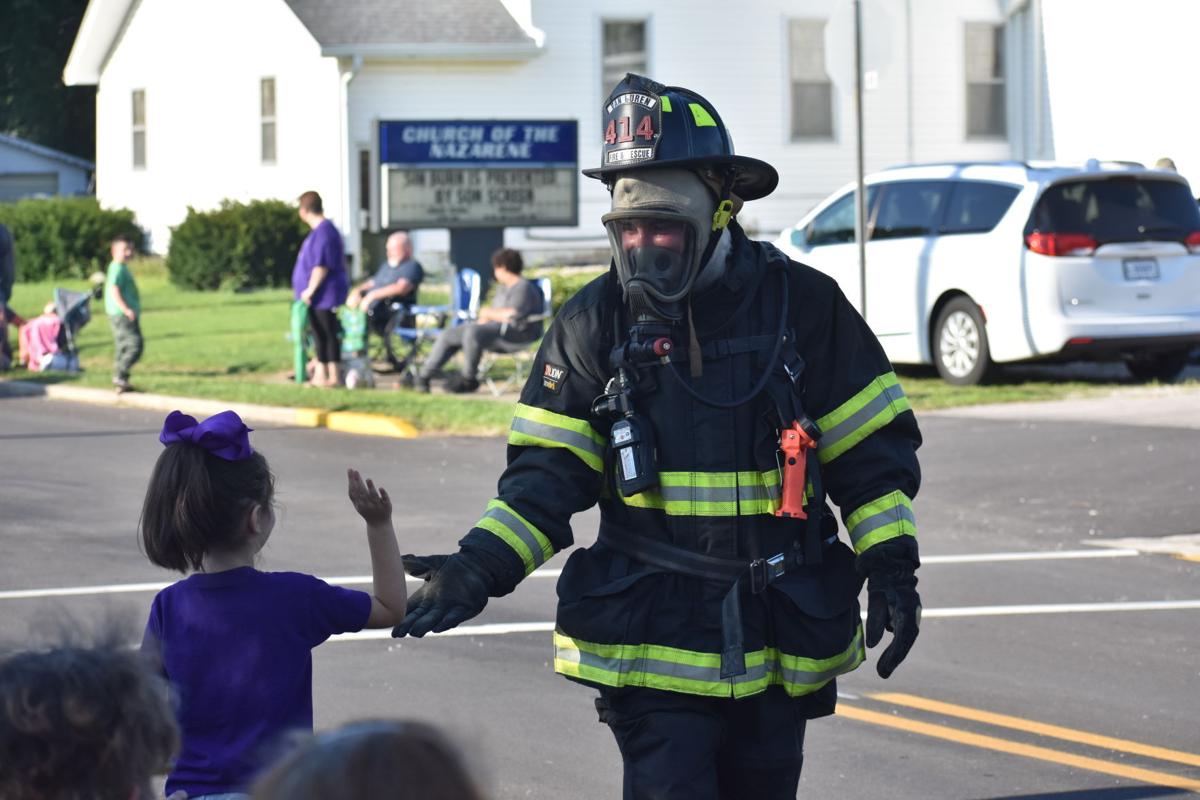 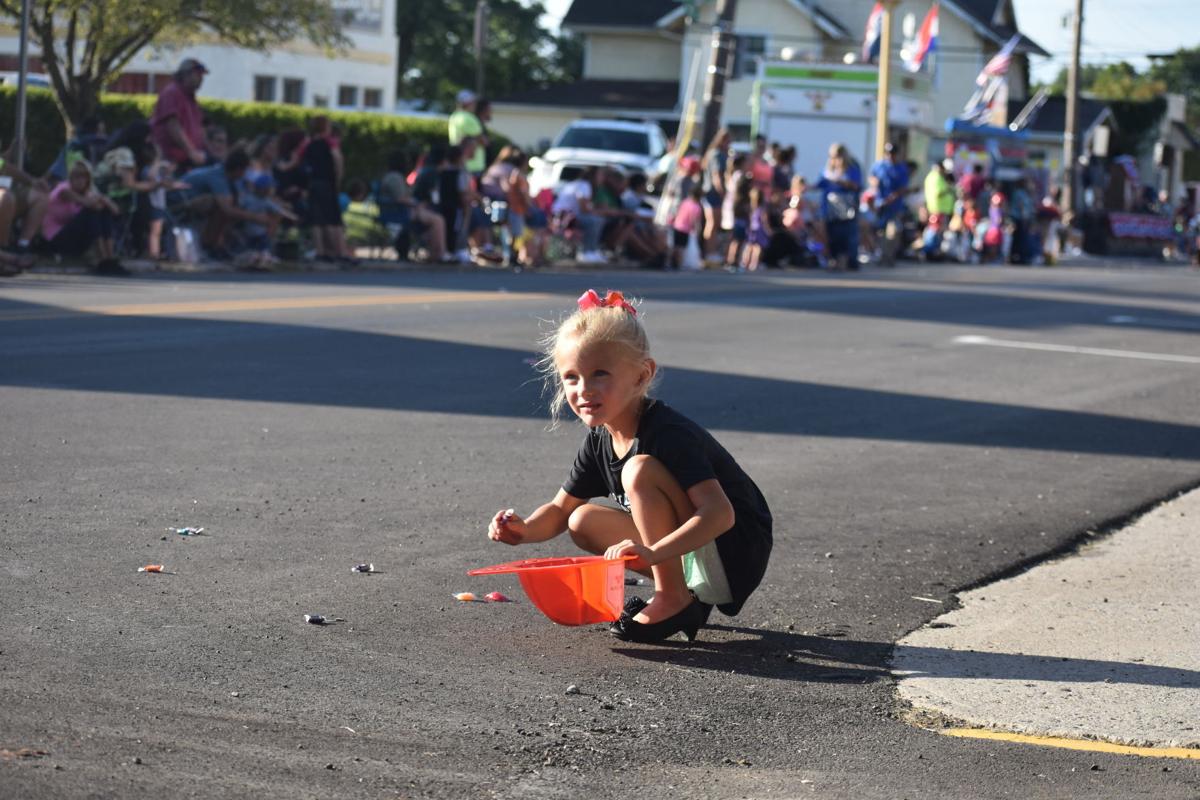 A young girl collects candy from the ground to place in a firefighter’s hat at the Van Buren Popcorn Festival parade Thursday evening. 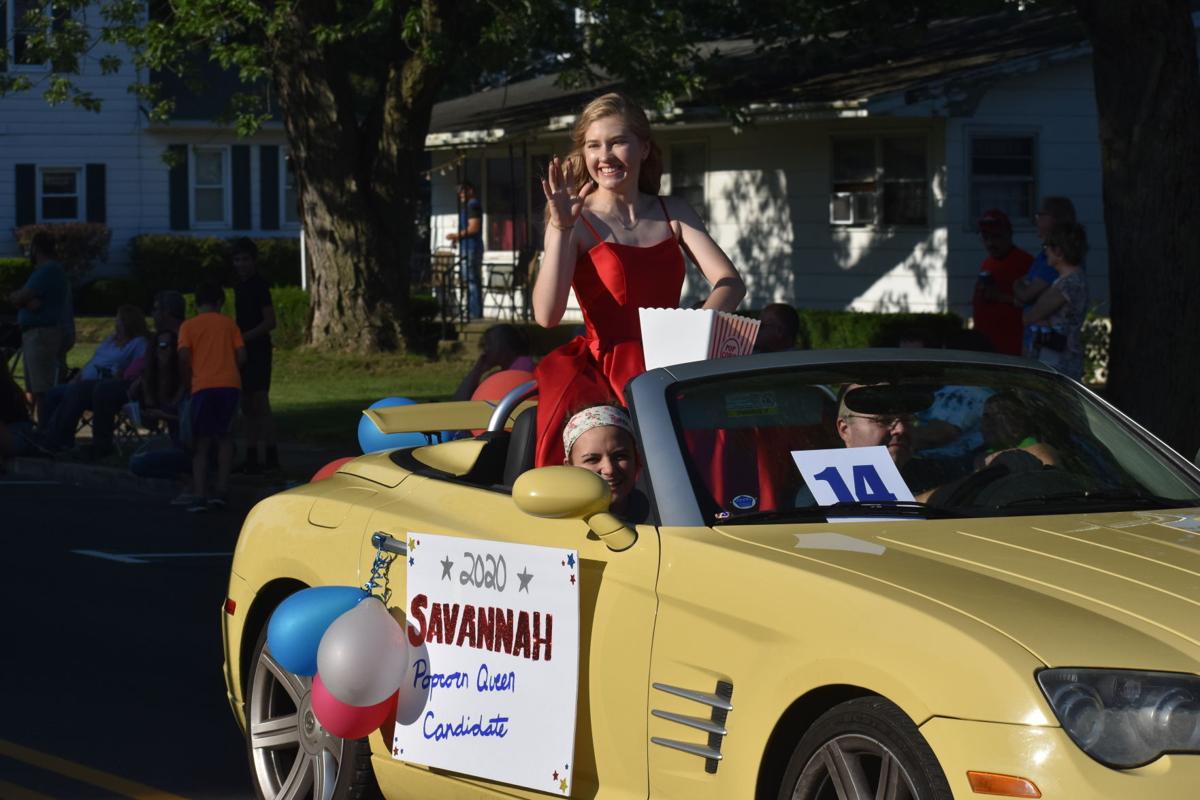 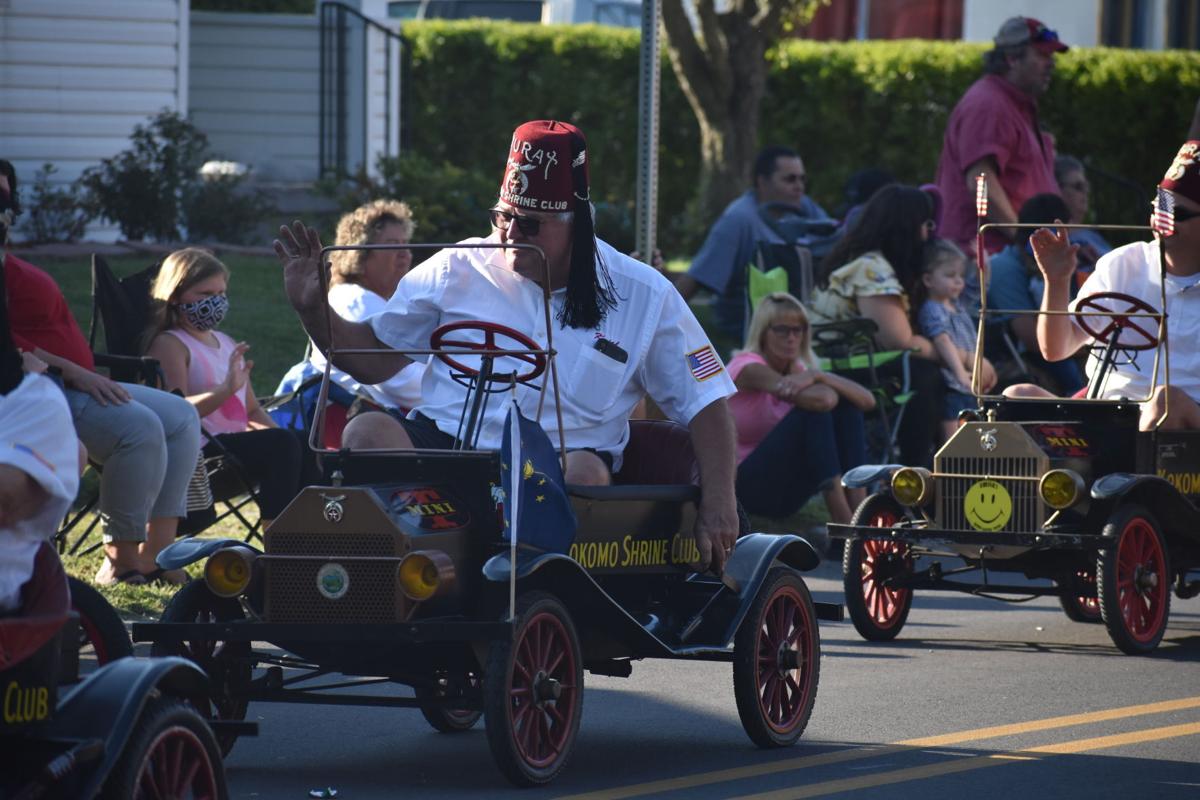 A young girl collects candy from the ground to place in a firefighter’s hat at the Van Buren Popcorn Festival parade Thursday evening.

The streets of downtown Van Buren were full of fire trucks, ambulances and police vehicles Thursday night, and not because of an emergency.

The Van Buren Popcorn Festival dedicated this year’s celebration to the first responders working across the county.

“Most of the population knows about them. They know they are out there, but I don’t think people realize the hours of training that these people have to go through in order to be able to provide these services,” said festival committee member Al Holloway. “We thought they needed to be recognized.”

Holloway said he experienced firsthand the excellent work of local EMS workers a few years ago when he was transported to the hospital.

“I think countywide they do a really good job,” he said. “I think that too often the community as a whole doesn’t recognize what they do. They shouldn’t be taken for granted.”

County EMS Director Duaine Ashcraft said the theme was a nice gesture on the part of the festival organizers.

“First responders have had a lot of difficulties as far as dealing with COVID and risking their livelihoods to help other people,” Ashcraft said.

The theme was chosen last summer, before the outbreak of the novel coronavirus COVID-19 and the recent civil unrest, Ashcraft said.

The Van Buren Fire Department served 240 people at their fireman’s breakfast, a fundraiser for new equipment.

“All in all, with the COVID-19 thing going on, they had a real good turnout,” Plummer said.

On Saturday morning, some of the fire department employees participated in a timed fireman’s challenge, which demonstrated the skill and strength required for their jobs.

“A lot of people just don’t realize what they’ve got until they need you,” Plummer said.

“It requires a lot of dedication,” Holloway said. “It’s something I wouldn’t want to do.”

Holloway said he thought the crowds at the festival were noticeably smaller this year because many people, especially senior citizens, were cautious about the COVID-19 pandemic.

“It was a different year to be sure,” Holloway said.