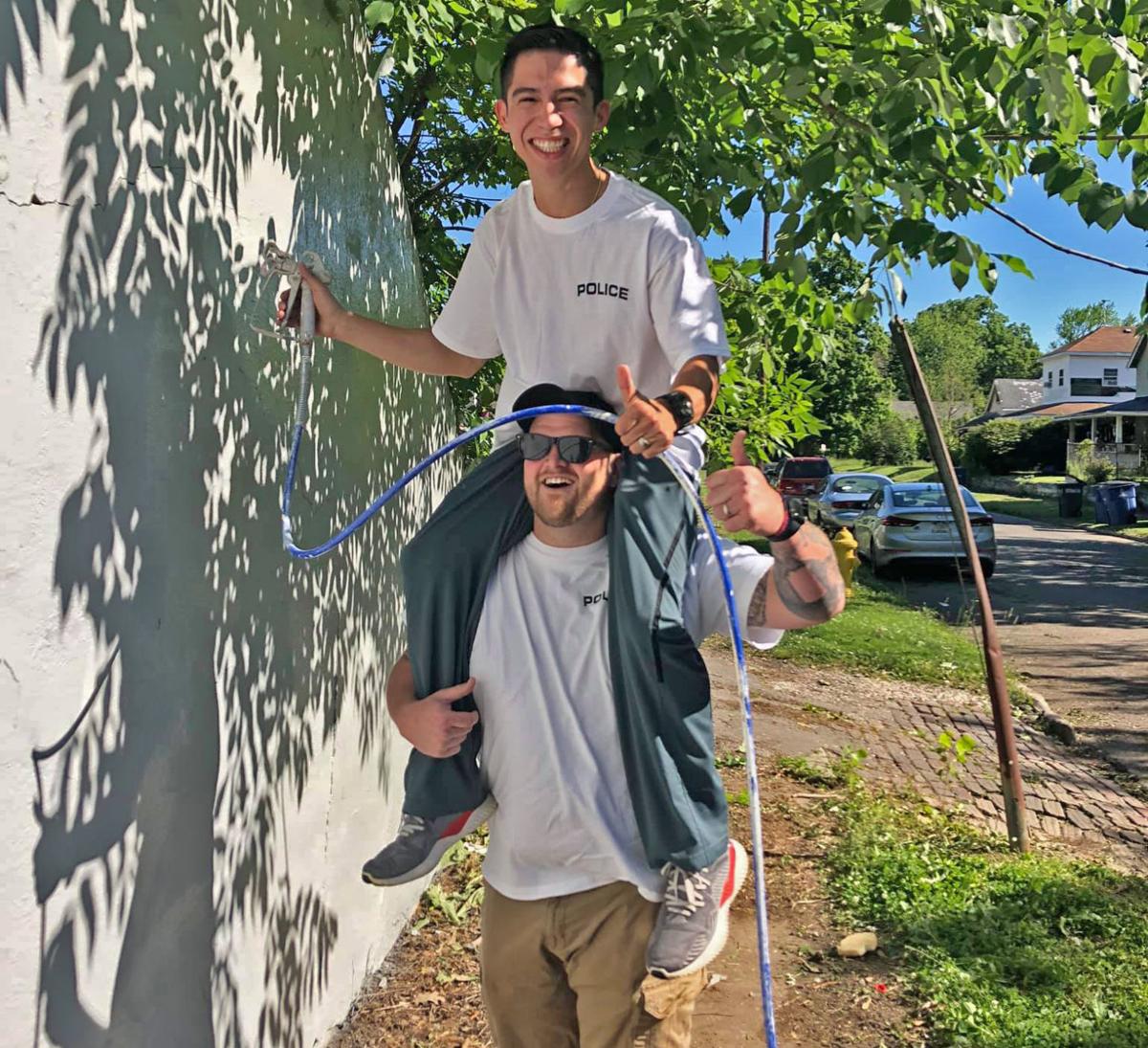 Rookie officers use creativity to reach the graffiti that extended higher up on the wall with their spray paint gun. 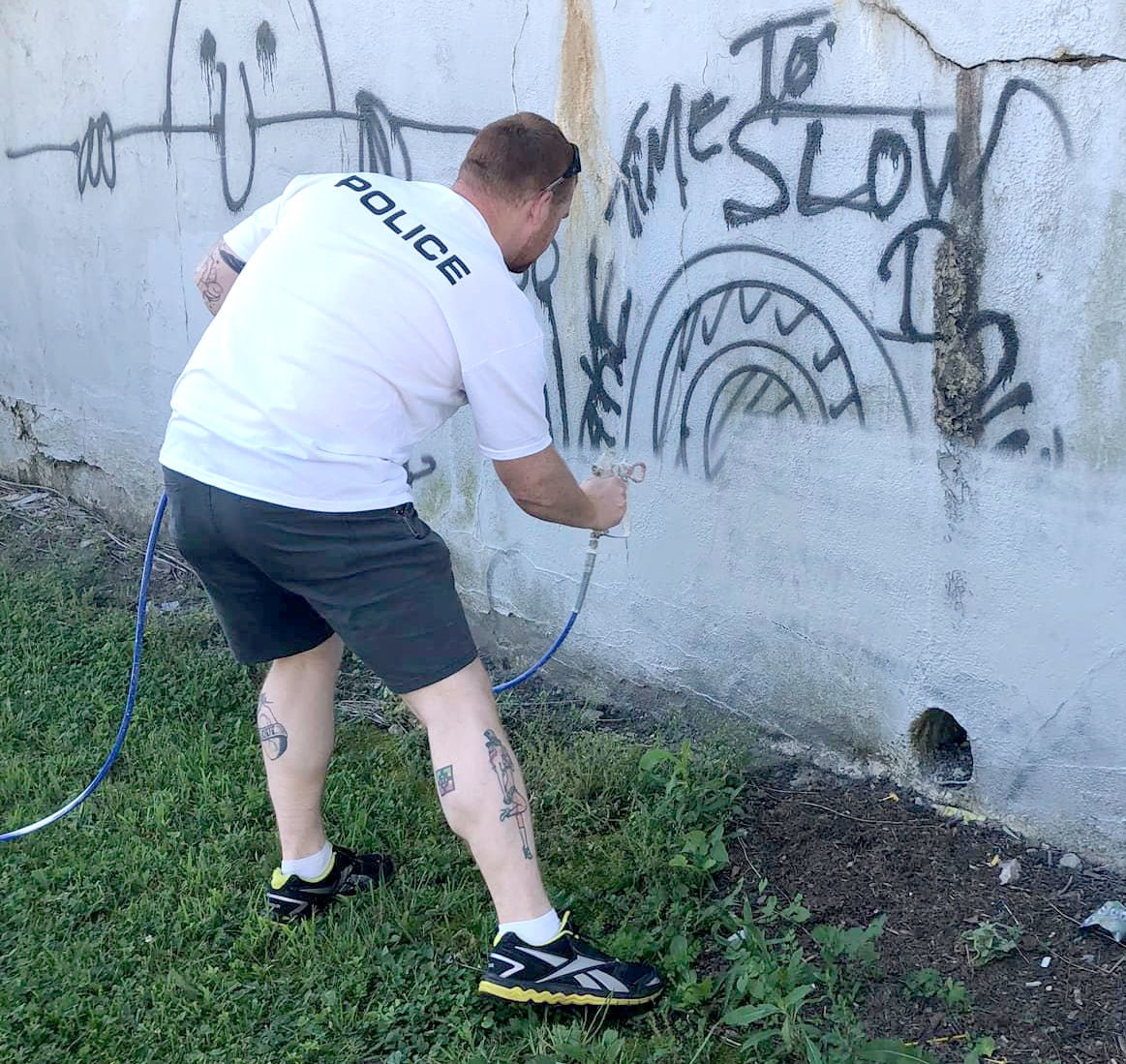 A Marion Police Department officer paints over graffiti that says, “Time to slow down,” which was painted underneath the Cardinal Greenway.

Rookie officers use creativity to reach the graffiti that extended higher up on the wall with their spray paint gun.

A Marion Police Department officer paints over graffiti that says, “Time to slow down,” which was painted underneath the Cardinal Greenway.

Instead of calling private property owners to have graffiti cleaned up around the city, the Marion Police Department spent Friday morning trying to give back to the community by covering up messages scribbled underneath the Cardinal Greenway.

Although the city can fine property owners for graffiti, MPD Deputy Chief Stephen Dorsey said they didn’t think about going that route since they wanted to pay it forward and set an example for other residents in town.

Dorsey said it was the perfect day to clean up the town, so a handful of rookie officers spent several hours painting underneath the multi-use path, getting a feel for what it’s like to be a public servant.

“They were all very happy to do it, and they all had a little fun with it as well,” Dorsey said. “If we can help eliminate some of the graffiti, that’s what we want to do.”

The Cardinal Greenway owners donated a bucket of paint to match the rest of the greenway, and from there the officers did their work.

“We just want to give back to our community, especially with everything that’s going on right now,” Det. Capt. Mark Stefanatos said. “It’s just part of what we do and what we love to do.”

Stefanatos said anyone who knows of other areas that could be cleaned up should reach out to the department so they can help do their part to be good neighbors and citizens for Marion.

Dorsey said it’s important for the rookies to realize that their job extends beyond traffic stops and emergency calls.

He said the officers enjoyed the task, especially since the weather was better than the past few stormy days.

“Today was the perfect day to take care of it,” Dorsey said.