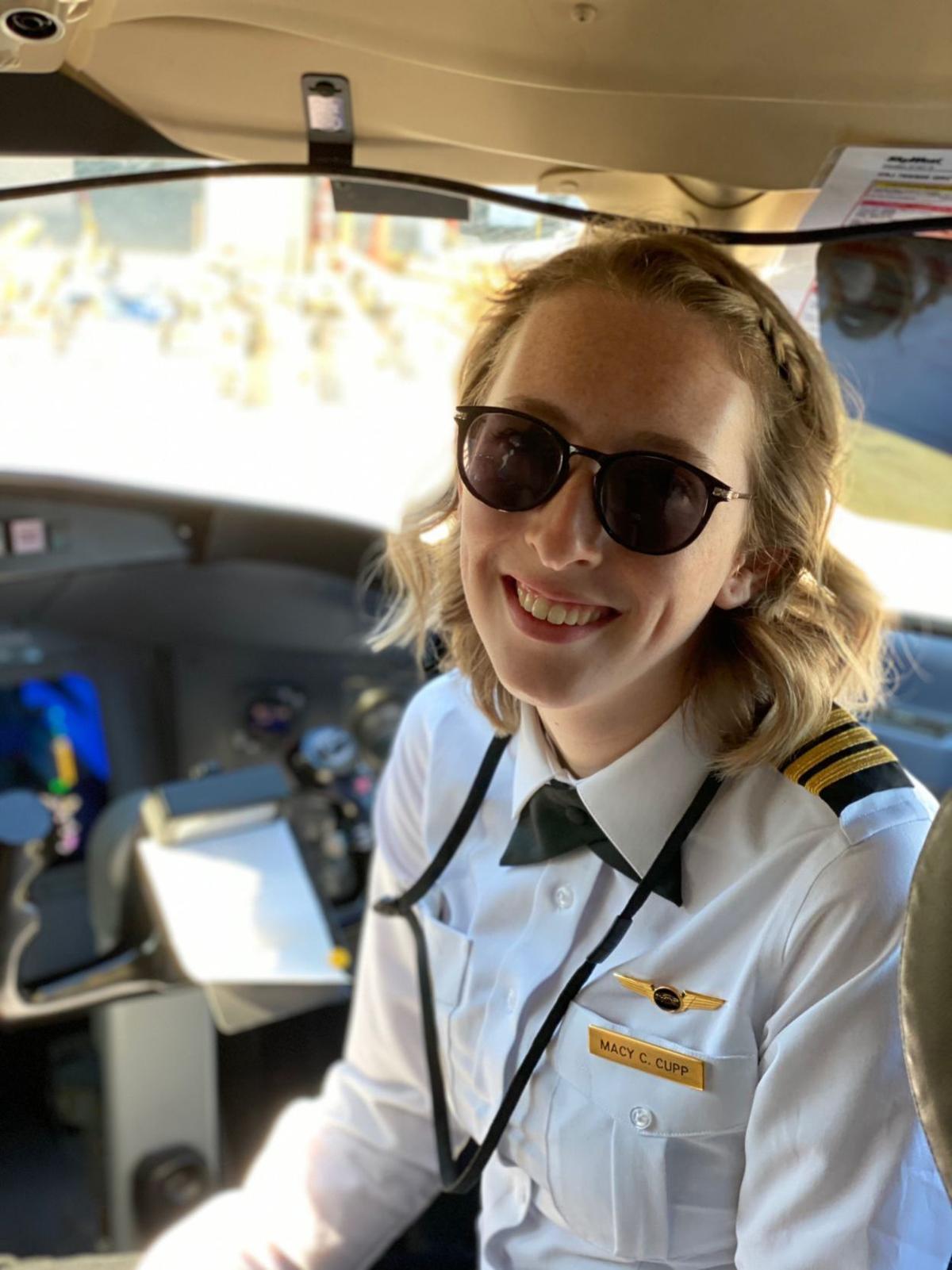 Macy Cupp smiles before operating a flight out of Detroit in March. 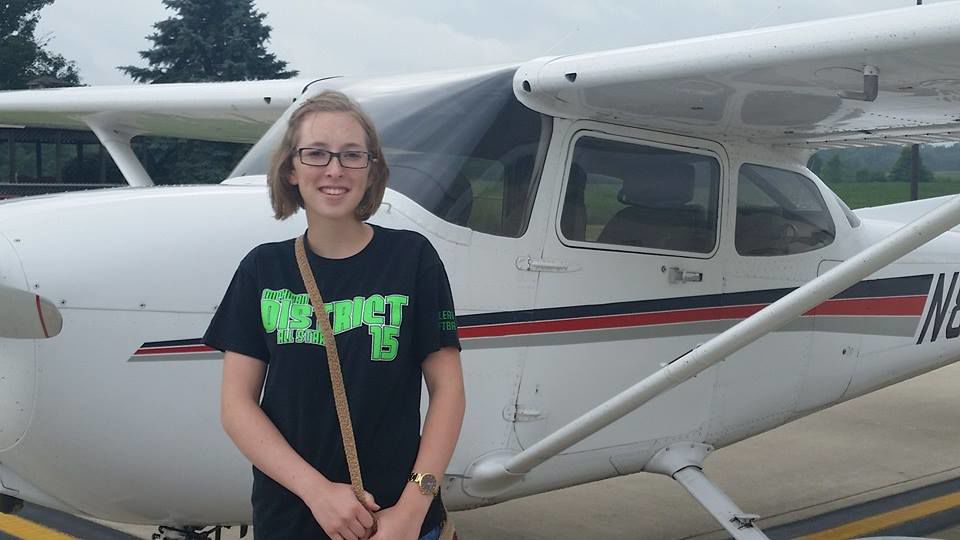 Macy Cupp smiles in front of an airplane at the Marion Municipal Airport in 2014.

Macy Cupp smiles before operating a flight out of Detroit in March.

Macy Cupp smiles in front of an airplane at the Marion Municipal Airport in 2014.

When Macy Cupp entered the Marion Municipal Airport in June 2014, she had a goal in mind.

“You can see the passion. She was focused. She told me what her plans were… and she did everything according to the schedule she had laid out,” said Jim McKinney, the President of the Marion Board of Aviation Commissioners. “That’s a focused individual to me.”

Cupp didn’t always know she wanted to be a pilot. As a student at Marion High School, Cupp said she applied to schools without any idea of what she wanted to pursue.

Her junior year, Cupp said she visited her aunt on spring break, and she told Cupp about her friend who is a pilot.

“I came home from spring break and told my dad I wanted to start flying,” she said. “I’m very thankful that I found flying.”

Cupp began studying independently throughout her senior year and joined the Marion Municipal Airport after graduation.

Within two and a half months, Cupp had her private pilot license at the age of 18.

While interning at the Marion Municipal Airport, Cupp learned under Andy Darlington, the airport manager.

“Macy was an excellent student,” Darlington said. “We’re very proud to say we knew her and helped her out in any way.”

“She was around here a lot,” Darlington said. “We got to know her and her personality and how she handled people. We really like Macy.”

Cupp had the drive and knew what she wanted to do, Darlington said.

“...And she’s done exactly what she wanted to do the first time she walked in here,” he said.

Six years later, after graduating from Purdue’s professional flight program and working as a flight instructor at Western Michigan University, Cupp is now a first officer for SkyWest Airlines at 24 years old.

“I fly just as much as captains,” she said. “The captains make the final decisions for everything, basically.”

While many people have flown in an airplane, not many people know what goes on in the cockpit.

“You would think that maybe we’re super busy, but were only super busy when we are on the ground and when we are taking off and coming in for landing,” Cupp said. “But one of the best parts of the flight is when you get up to cruise.”

Every trip is different, Cupp said, because she flies with different captains each time.

“You get to know a different person every single time, and they always have different stories to tell and different lives from you,” she said. “It’s a lot of fun.”

“You never know what your passengers are doing, but it’s always fun when they are very thankful for the flight that you took them on,” she said.

Cupp flies because she loves the feeling of being in the sky, she said.

“It’s kind of crazy to me that humans have figured out how to do this,” she said.

Since the COVID-19 outbreak, Cupp said the aviation industry had taken a beating.

“We were doing a ton of flying in February and March, and then COVID hit, and I think at most we reduced our flying by 80 percent,” she said. “It was a lot.”

However, Cupp is optimistic about the future.

“People are feeling a little more comfortable,” she said. “I just think that even after 9-11 happened, the aviation industry bounced back, so I feel like it’s going to be the same for COVID.”

Cupp said the team at the Marion Municipal Airport made her fall in love with flying.

“If you ever go out to the airport on a Saturday, there’s always a group of people chatting and hanging out and telling flying stories,” she said. “Without all of their help, I probably wouldn’t be here. So I’m just very appreciative of them, and the time I go to spend out there.”

During her internship, Cupp’s passion for flying struck McKinney, he said.

“She’s going to go extremely far because of this passion that she has,” McKinney said. “I would love to board an airplane some time and know that she’s the pilot of the aircraft I am riding on.”