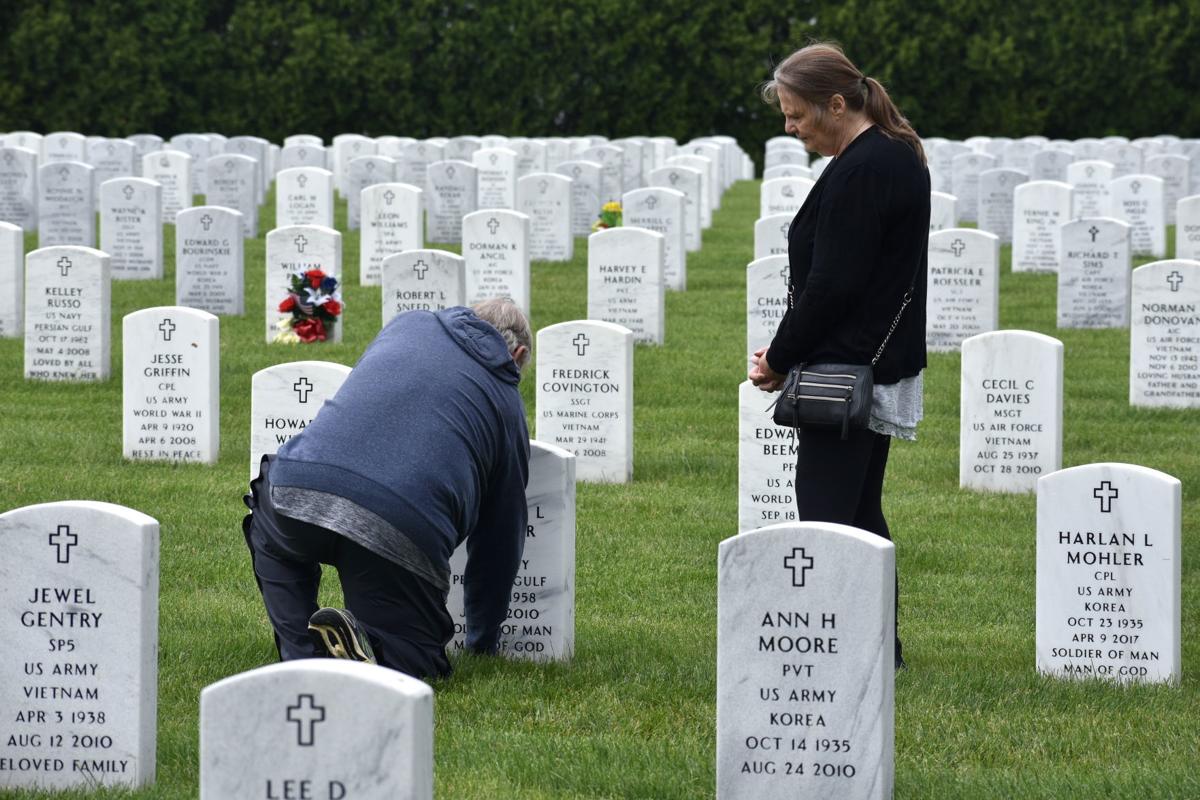 Brenda Mohler watches as Charles Mohler cleans up the ground around his brother’s tombstone in Marion National Cemetery on Friday morning. 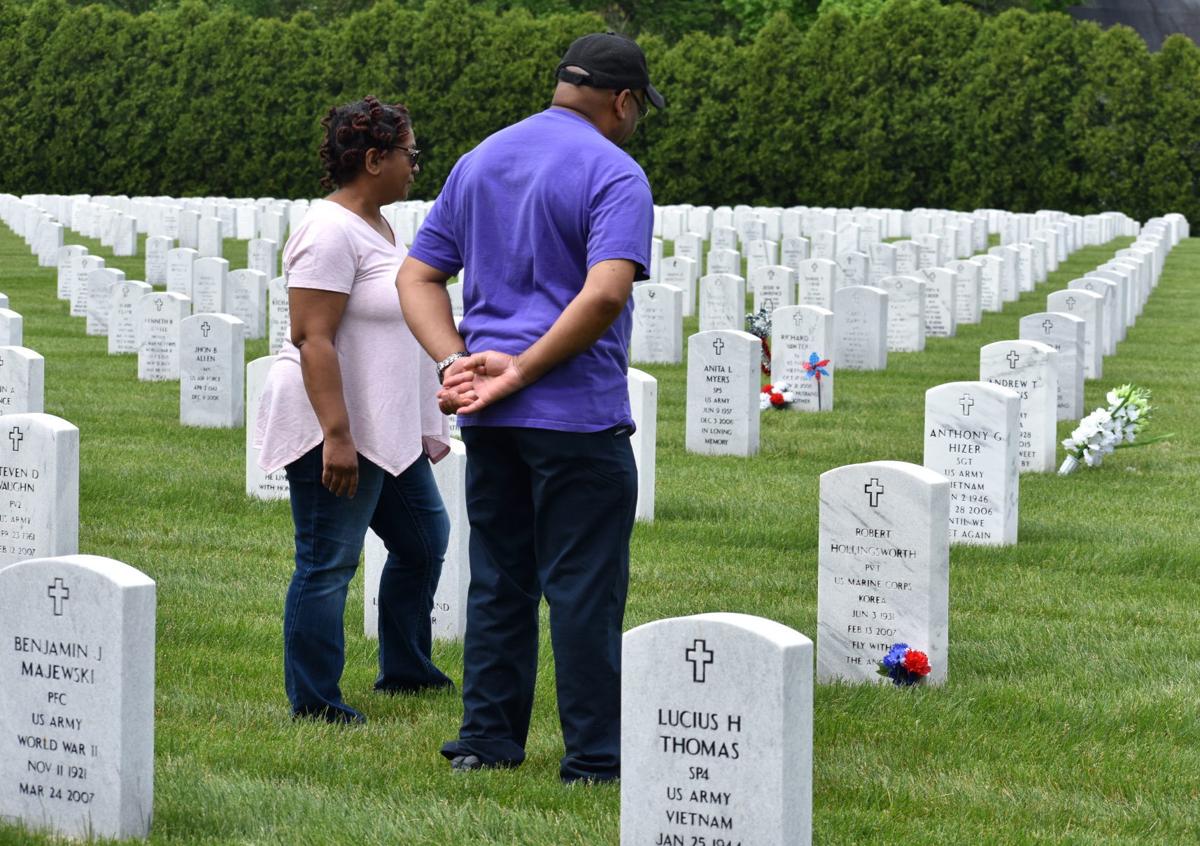 Brenda Mohler watches as Charles Mohler cleans up the ground around his brother’s tombstone in Marion National Cemetery on Friday morning.

Memorial Day weekend at the Marion National Cemetery usually includes the placement of gravesite flags on Saturday and a public ceremony on Monday.

A choir sings the National Anthem, a battery fires a gun salute and a bugler plays Taps.

This year, Memorial Day will not be the same.

“VA made the difficult decision to not host public events for Memorial Day, including the placement and retrieval of gravesite flags by groups,” said Douglas Ledbetter, the director for the Dayton National Cemetery Complex which includes Marion National Cemetery.

On Memorial Day, cemetery staff will conduct wreath-laying ceremonies, observe a moment of silence and play Taps, but the public is not invited to attend, Ledbetter said.

“Every employee at the Marion National Cemetery is a veteran and understands the importance of honoring our veterans,” Ledbetter said. “As we continue to cope with the current COVID-19 pandemic, it’s important to still recognize those that made the ultimate sacrifice.”

Charles Mohler bent down to clean the top of his brother’s tombstone at Marion National Cemetery Friday morning.

“Usually, they’ve got the flags out and everything,” Charles said.

Charles said he visits their graves multiple times a year to pay respect.

“Freedom is not cheap. They paid the price for freedom,” Charles said. “A lot of people don’t understand that (because) they’ve never served.”

His wife, Brenda Mohler, said she volunteers each year for Wreaths Across America during Christmas time.

“We both come from military families. Our fathers were both in, (Charles) was in, our son is in,” Brenda said. “The sacrifices they’ve made, the time they spent away from home, the danger that they’re in, a lot of people don’t realize.”

While many people pay respect on Memorial Day to those who have served, Brenda said people should remember them all year.

Kimberly Brown and her brother Jerry Coleman visited the Marion National Cemetery Friday morning to honor Robert Hollingsworth, their father’s cousin, who served in Korea with the U.S. Marine Corps.

“He was the life of the party,” Brown said. “He didn’t have any kids. Somebody has to show him some kind of respect.”

Coleman said he tries to come to the grave each year.

About the canceling of the annual Memorial Day ceremony, Coleman said, “It’s kind of sad because, you know, they did a lot for the United States and us.”

“You can still come out here and visit. You just have to keep your distance,” Brown said.

The Marion National Cemetery will remain open for visitation throughout the Memorial Day weekend.

Families and friends are welcome to place flowers or individual flags at veterans’ gravesites, so long as they adhere to CDC, state and local health and safety guidelines, Ledbetter said.

“As we move together as a country, we still have to remember those fallen brothers and sisters that made our freedoms possible, but we have to do so in a safe manner,” he said.

He also encouraged everyone to participate in the moment of silence at 3 p.m. on Memorial Day.

A tribute can be left for any veteran interred at a VA National Cemetery through the Veterans Legacy Memorial at https://www.va.gov/remember.

“From veteran to veteran, I would tell the families of veterans to continue to be strong, and honor their loved ones virtually using the Veterans Legacy Memorial site provided to pay personal tributes that will remain on the site, thus adding to their veteran’s legacy,” Ledbetter said.