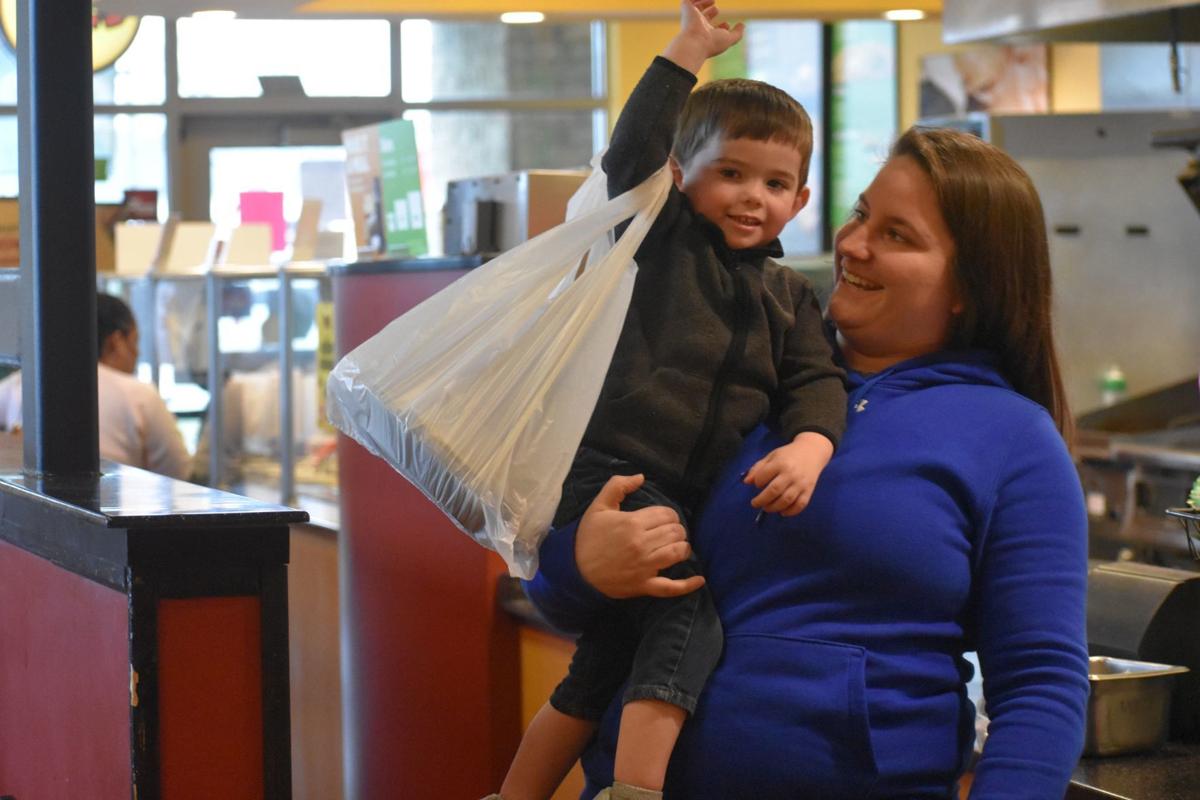 Billy Bailey holds his free meal from Moe’s as his mother, Mackenzie Baran, smiles at him. 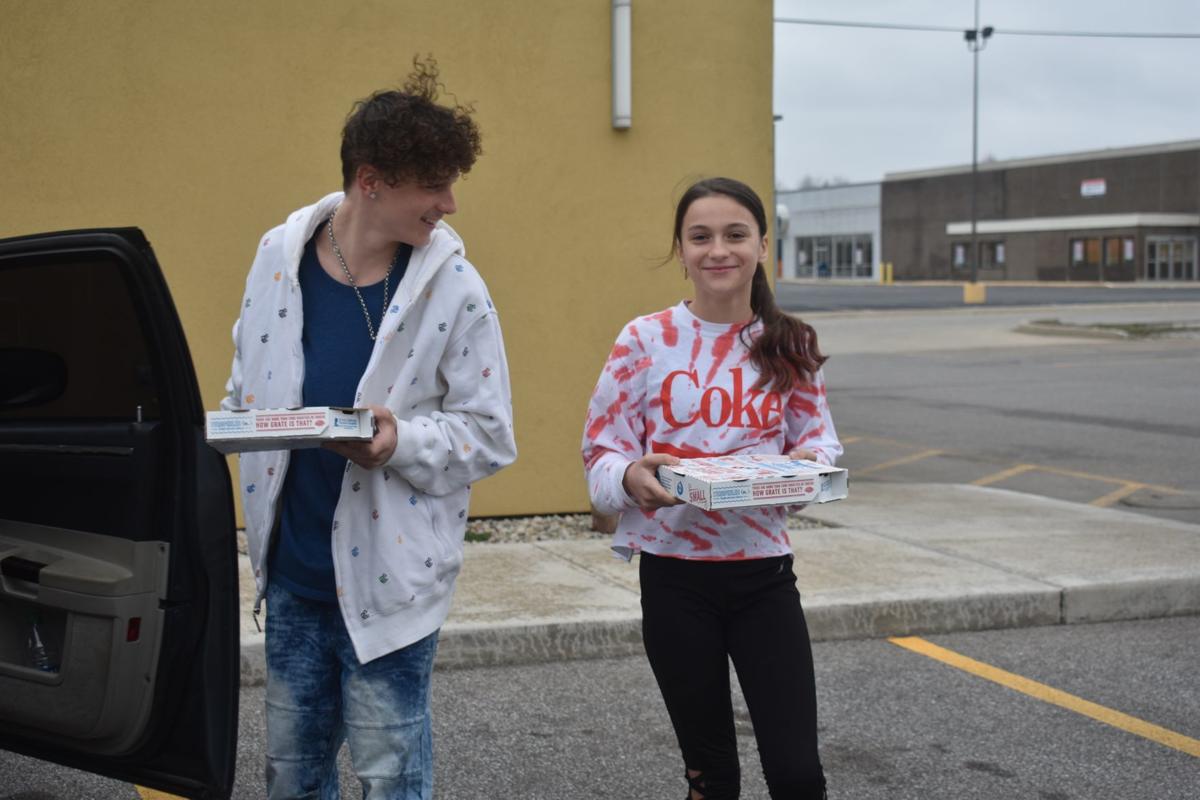 Nathan Tifft (left) and Allie McCarty (right) get in their grandmother’s car with their free pizzas in hand.

Billy Bailey holds his free meal from Moe’s as his mother, Mackenzie Baran, smiles at him.

Nathan Tifft (left) and Allie McCarty (right) get in their grandmother’s car with their free pizzas in hand.

County schools have been closed for two weeks now, and many kids and parents say they are going stir-crazy.

A few restaurants in Marion are providing free food for school-age kids while schools are closed to help parents and give the student in the community a little treat in this stressful time.

“We’ve already seen how much negativity is in the media, and it’s good to have something positive,” said Kyle Cansler, an employee at Domino’s Pizza in Marion. “Small things make people happy.”

The owner of the Marion Domino’s Pizza, Jimmy Ruedlinger, said Domino’s will give the first 25 kids a free small cheese pizza each day while schools are closed.

Ruedlinger said he has compassion for kids who rely on school for meals because he relied on his school meals when he was younger.

“My parents didn’t make a lot of money,” he said. “Coming from that background, I had some compassion for it myself.”

Since Domino’s started giving away pizzas to kids, Ruedlinger said one mother in Marion has been able to get pizza every day to help her kids.

“I know that there are some people who are falling into hard times and need it and are using it,” Ruedlinger said.

Cansler said picking up a free pizza is a safe way to get out of the house for a few minutes during the day, because employees are taking extra measures to sanitize and disinfect.

“Get out and do something without having to spend any money,” Cansler said.

As a father of four, Cansler said he is ready for his kids to be able to play outside again.

Allie and Nathan said being home the past two weeks has been boring for them and they enjoy getting out of the house for pizza.

Although Banter said she is grateful her grandchildren can get free pizza, she said she worries for the children who do not have access to transportation.

“There are kids who can make it here and kids who can’t,” Banter said. “They live close enough and they are old enough that they can walk.”

“We’re thinking about all our guests right now—even the youngest ones,” said a Burger King representative in a press release.

“...Moe’s wants to continue to help families enjoy their meals together,” said Caroline Grizzle of Moe’s. “(Moe’s is) monitoring all local and CDC alerts and will make necessary updates in real-time to abide by the protocols.”

Mackenzie Baran, mother of 2-year-old Billy Bailey, said she thinks providing kids with free meals is a great way for restaurants to help the community.

“I feel it’s very helpful, especially for parents who rely on schools for free or reduced lunches for their kids,” Baran said. “I feel like it helps a lot.”