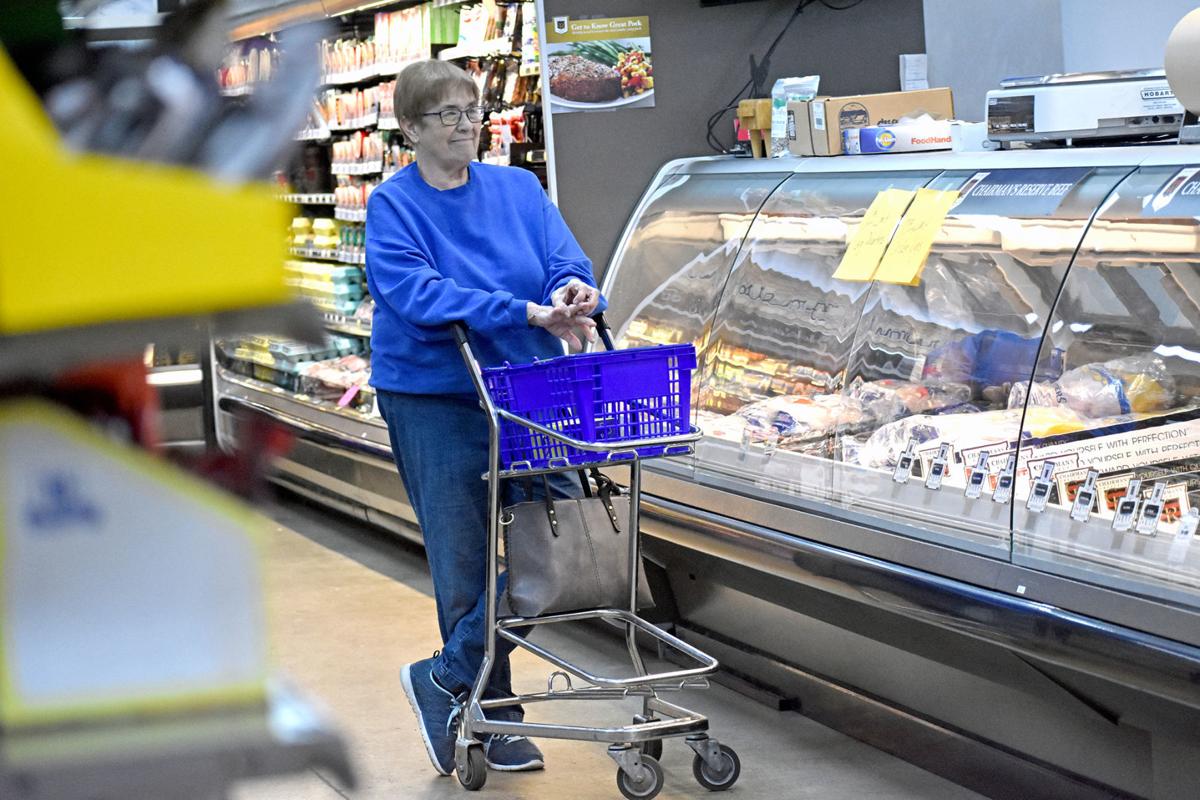 Nancy Knee, a Sweetser resident, waits by the meat counter at Horner’s Butcher Block on March 26. 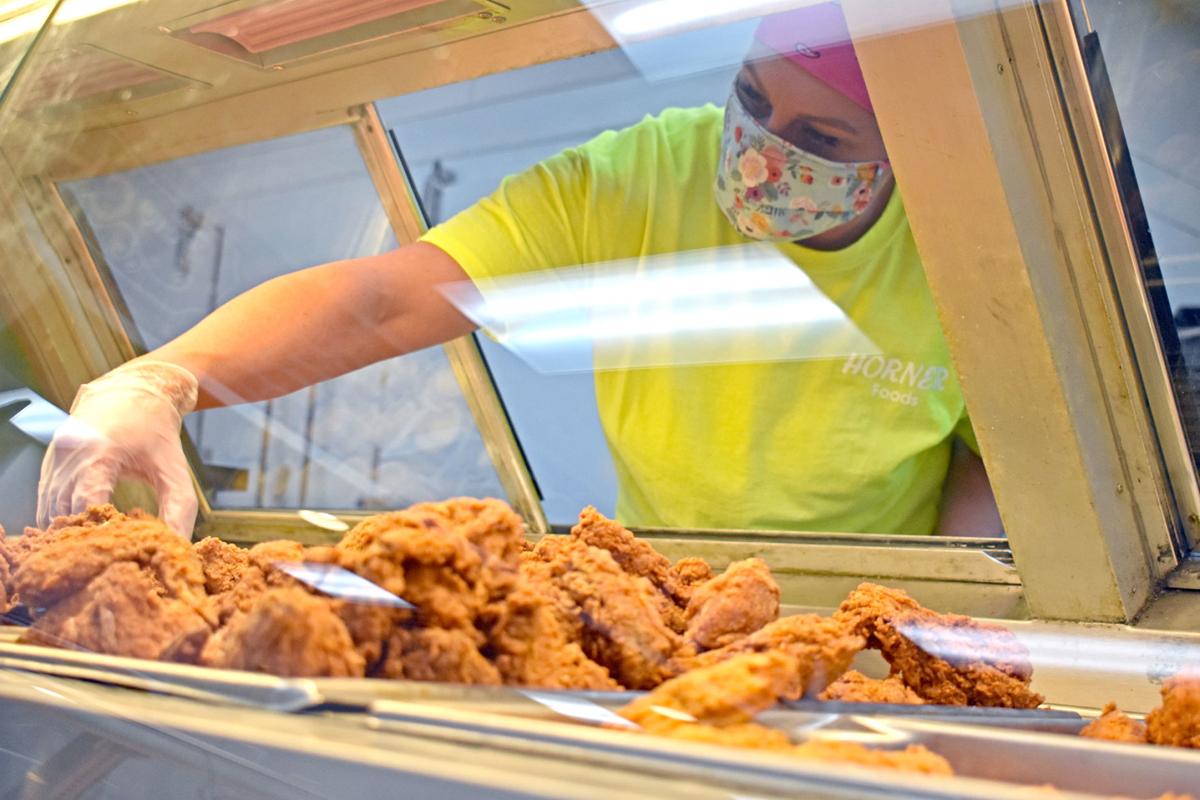 Holly McClanahan turns over chicken wings at Horner’s Butcher Block on Thursday. The staff is using personal protective equipment to protect shoppers and themselves as they continue to provide services to the community.

Nancy Knee, a Sweetser resident, waits by the meat counter at Horner’s Butcher Block on March 26.

Holly McClanahan turns over chicken wings at Horner’s Butcher Block on Thursday. The staff is using personal protective equipment to protect shoppers and themselves as they continue to provide services to the community.

Grocery shopping is one of the few activities permitted by the governor’s recent stay-at-home mandate.

Many stores have adjusted their hours of operation to provide staff plenty of time to sanitize and restock for the next day.

To help those who are at a higher risk for severe illness from COVID-19, local grocery stores are providing excluding hours for at-risk shoppers.

Both Grant County Horner’s Butcher Block locations, 825 E. 30th St., Marion, and 201 N. Main Street Fairmount, are allowing high-risk customers to shop from 7 a.m. to 8 a.m., an hour before the stores open to the general public.

“We’re just trying to be available and take care of people if they have special needs,” said Verlin Horner, the owner of Horner’s Butcher Block. “We had a request from a customer for that.”

Holly McClanahan, an employee at Horner’s Butcher Block, said she thinks it is essential to offer these shoppers a designated time to shop for their safety.

“Especially for people with compromised immune systems,” McClanahan said. “I wouldn’t want my family members out.”

McClanahan said the staff is taking extra measures throughout the day and at closing time to ensure that the store is disinfected.

Lance Cannon, a Horner’s Butcher Block employee, said many at-risk people are feeling pressure during this time, especially in a public environment like a grocery store and that these hours relieve some of that pressures.

A resident of Sweetser, Nancy Knee, said she thinks the accommodations grocery stores are providing people at high risk is a good idea that might make people feel safer.

“They are thinking of all people. That’s nice,” Knee said. “That’s what’s going to get us through this, everyone working together and looking out for each other.”

Knee said she is concerned about the spread of COVID-19 but not panicking.

“The Lord is in control,” Knee said. “Something good will come from this. We will learn something and be better people.”

Abiding by the stay-at-home mandate, Knee said she and her husband have only left the house to buy necessities.

While she has found many empty shelves, Knee said it had not been a setback for them.

Horner said he is working hard to keep the shelves stocked for his customers, but all grocery stores are experiencing difficulties at this time.

“Right now, it’s like every store in the U.S. is having a grand opening,” Horner said. “Everybody is having a hard time keeping up.”

By closing at 8 p.m., Walmart employees can restock the shelves and sanitize the stores, according to Charles Crowson, the Senior Manager of Corporate Communications for Walmart.

“It’s to make sure that some of those customers that might be most susceptible and also have other accommodations and needs have access to our stores and products at what would be considered low-risk times,” Crowson said. “...so when our customers come in at seven the next morning, it is a clean store, with the stock we have at that time.”

During this time, the vision centers and pharmacy will be open, Crowson said.

Needler’s Fresh Market, located at 1013 N Forest Ave, Marion, will be open from the regular opening hours until 8 a.m. to at-risk shoppers.

According to a Facebook post by Needler’s Fresh Market, “(Needler’s) will be open for anyone to shop during this window, but request as a courtesy, that those who can delay their shopping, please reserve the early hours for our most vulnerable citizens.”

Ruler Foods, located at 1129 N Baldwin Ave, Marion, does not currently have designated hours for at-risk shoppers but will release an update if that changes.

According to the CDC, “Many conditions can cause a person to be immunocompromised, including cancer treatment, smoking, bone marrow or organ transplantation, immune deficiencies, poorly controlled HIV or AIDS, and prolonged use of corticosteroids and other immune weakening medications.”