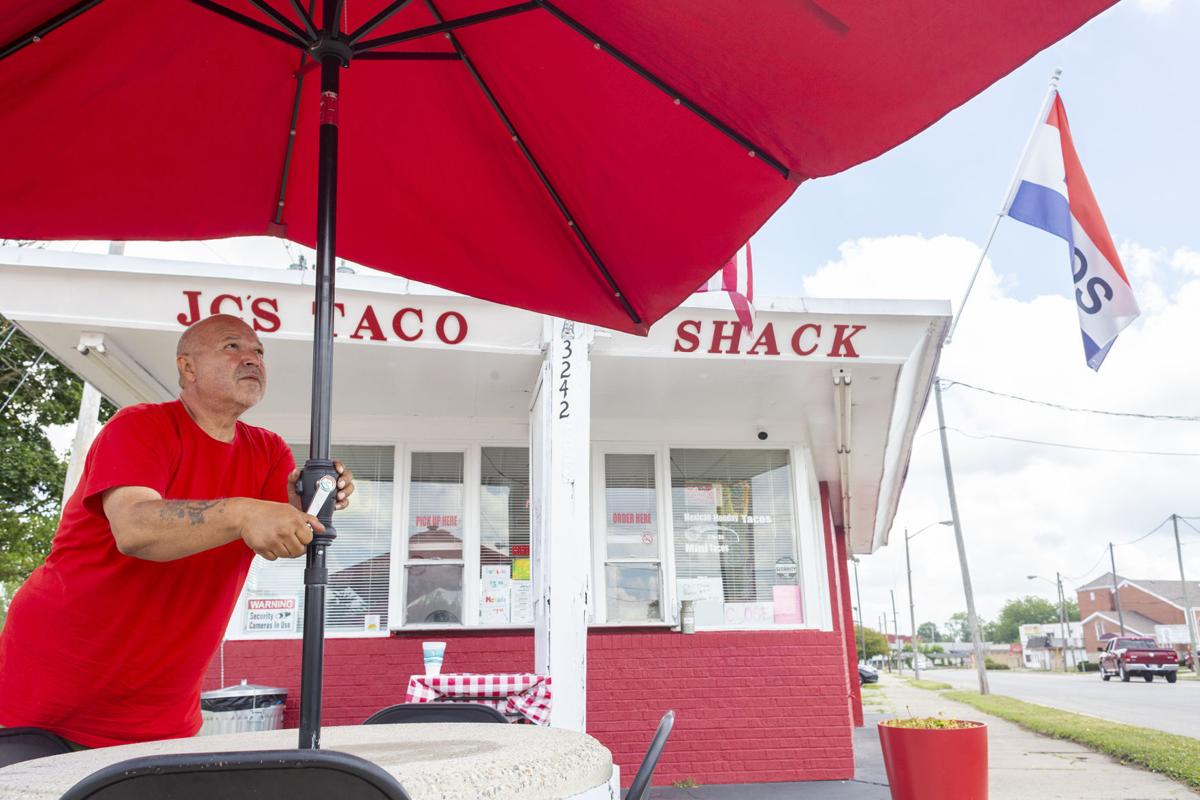 Juan Carlos cranks open an umbrella as he prepares to open his new taco shop at 3242 S. Washington St. in Marion. 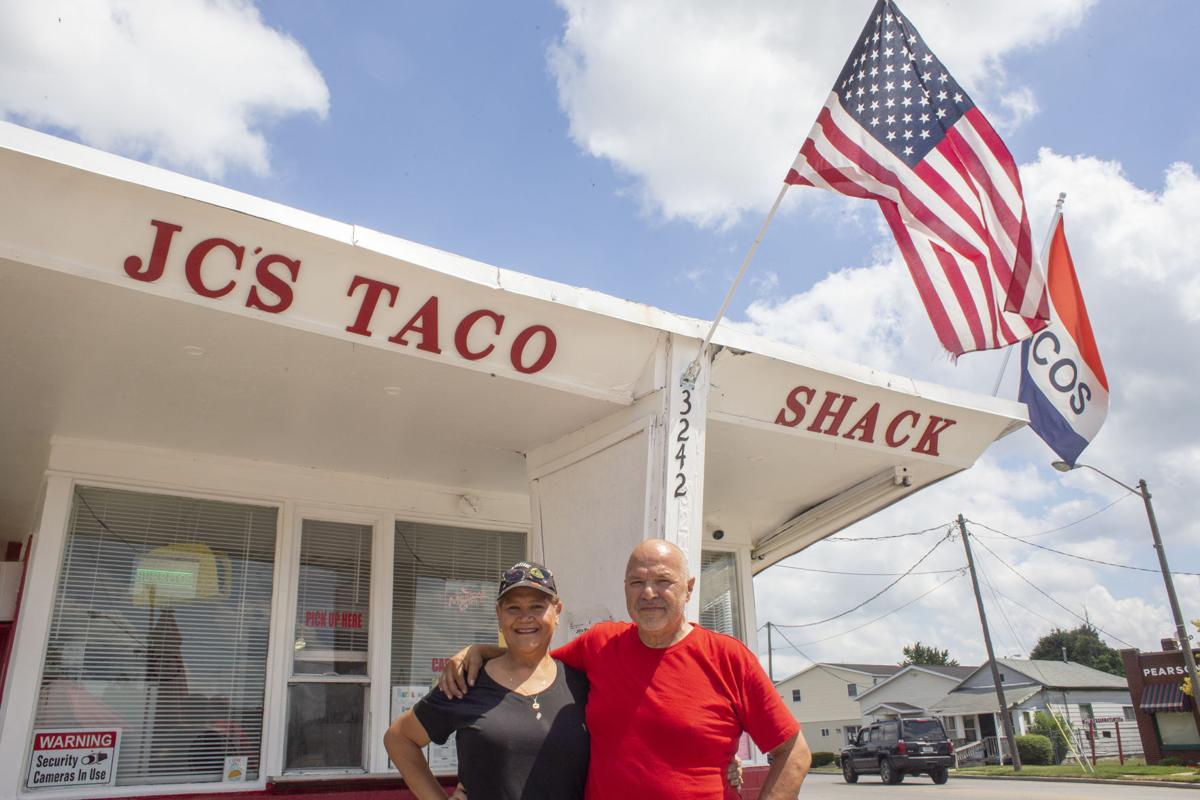 Juan Carlos cranks open an umbrella as he prepares to open his new taco shop at 3242 S. Washington St. in Marion.

JC knew he had grown a large fan base from selling tacos out of his mobile concession stand for the past four years, but he wasn’t prepared for the crowds he got on June 2, 2020.

“I mean on that first day I opened up people had a one hour, two hour wait and they were telling me, ‘I will wait,’” JC recalled. “I felt like I was Texas Roadhouse when they first opened or something because it was so packed. I even had a nervous breakdown. I had to shut everything down, come to the back, let out a big old yell and then grab my composure to get back out there and do what we had to do.”

JC said the staff was at each other’s throats by the end of the shift, but he said it was all worth it when he saw that their first Facebook post got more than 20,000 hits within a few hours, which showed people cared.

Ever since he opened a food truck in 2016, JC said people have been asking him almost daily about when he was going to open up a brick-and-mortar location in Marion. Opening a taco shop has always been a dream of JC’s, he said, so as soon as he set his mind to it, he did everything in his power to make his dreams a reality.

“I kept saying, ‘Man, this is my first time doing this. Give me time. Give me time.’ They would tell me at every event, ‘You need to get yourself a restaurant because your food is awesome.’”

Although the building doesn’t have room for seating, it’s everything JC’s ever envisioned. He never wanted a full-blown restaurant, but he wanted a space he could share his passion with other people.

“I just did what I had to do. I believe that if you put your mind to something, you can accomplish it as long as you work at it,” JC said.

JC overcame multiple obstacles in pursuit of opening up his own taco shop. He said he felt lost for a long time as he ran his taxi business, but then he said he started to build a relationship with God, which helped him find the success he has today.

“This has been a long time dream for me. I used to drink a lot, so I never pursued my dreams. I didn’t care about anything. But one morning I just woke up and I told my wife, ‘You know what? This is getting me nowhere.’ I’m a pretty smart guy. I went to school, and I thought I might as well put my mind to good use and stop all of this alcohol to do something good for our family.”

When he found out the place he used to buy his tortillas from was no longer selling the tortillas, he prayed about it, and then something surprising happened. He pulled up to a gas station, and what happened next was what JC calls God’s will.

“Right there was a truck with the tortillas that I used to buy,” he said. “That kind of gave me the chills because I thought, he’s doing all of this for me.”

The tortillas and spices he puts into his food makes it special, he says, because his food is a mix of family recipes and flavor combinations he’s picked up through his life experiences.

“They say it’s something they’ve never had around here,” he said. “I’ve been to Texas, so I try to bring a little Texas over here. I had a customer who posted saying he thought he was eating in south Texas when he came to eat my food. That makes me feel good.”

He said a lot of restaurants try to cater to the “American taste,” but his goal is to make food that tastes authentic to him. People told him he might want to tone down his spices, but JC likes how his food has more flavor.

JC said the pandemic has caused him to limit the days on which he’s open, but overall things have been going well. The taco shop is open every Monday, Wednesday and Friday from lunch until dinner, serving a full menu. On Saturdays, the restaurant opens for lunch for a few hours.

Although lines aren’t as long as they were at the beginning, JC said people are coming from far and wide to check out his new gig.

“The people just keep coming. They’re coming from Kokomo, Wabash, Fairmount, Upland – I mean from everywhere,” he said. “It’s been a lot of fun so far.”