Skip to main content
You have permission to edit this article.
Edit
Home
News
Sports
Opinion
Obituaries
Classifieds
Jobs
Archives
e-Edition
Contact Us
Share This
1 of 3 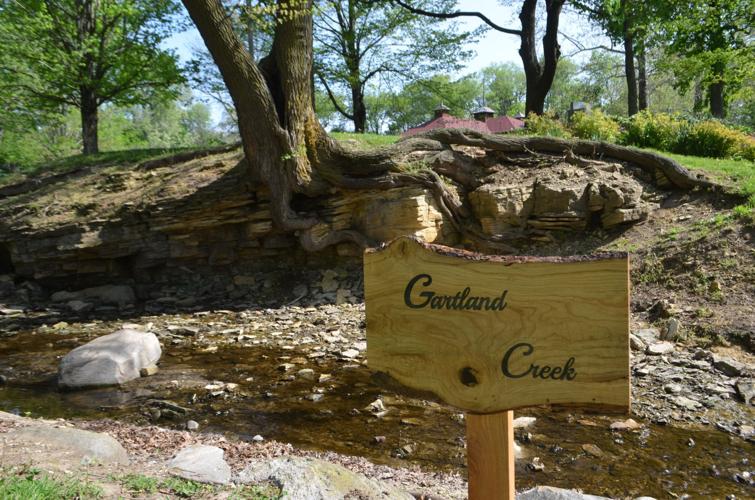 A sign marks the newly named Gartland Creek following a ceremony at Matter Park on Thursday. 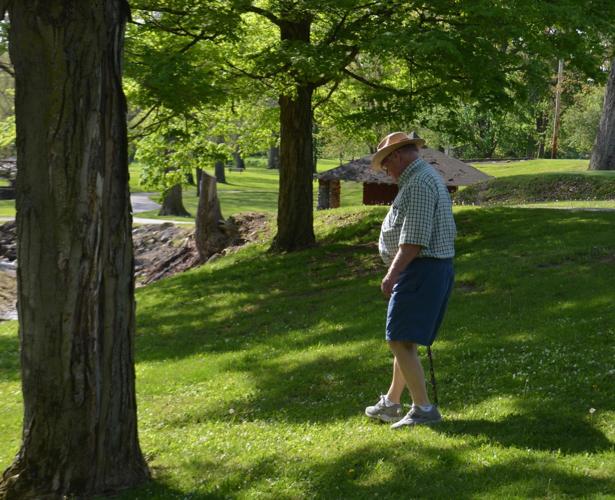 Jim Gartland, on Thursday, walks near the Matter Park creek that now bears his name. Officials held a surprise ceremony at the park to mark the new name and thank Gartland for for his efforts in reviving the small waterway. 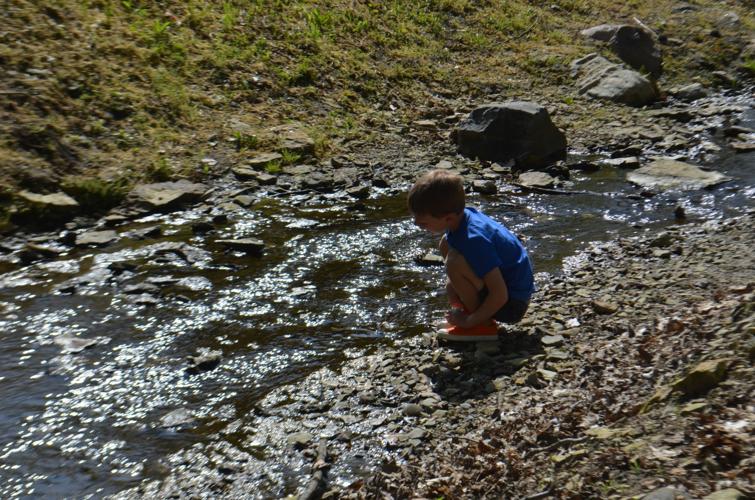 Gartland’s grandson, Benjamin, looks for nickels in the creek following the unveiling.

A sign marks the newly named Gartland Creek following a ceremony at Matter Park on Thursday.

Jim Gartland, on Thursday, walks near the Matter Park creek that now bears his name. Officials held a surprise ceremony at the park to mark the new name and thank Gartland for for his efforts in reviving the small waterway.

Gartland’s grandson, Benjamin, looks for nickels in the creek following the unveiling.

Jim Gartland’s efforts to beautify the small creek running through Matter Park have not gone unnoticed.

On Thursday morning, to sunshine and birdsong, friends and family of Gartland, Marion Parks & Recreation Department staff and community leaders gathered around the newly improved waterway to witness the unveiling of Gartland Creek.

Gartland had little clue of the event and found himself surprised by the crowd when he pulled up a little after 10 a.m.

He stepped out of the red convertible to applause, cheering and shouts of “surprise!”

Taylere McCoy of the Parks & Recreation Department invited Gartland forward and announced the purpose of the gathering.

“This is a thank you for all you’ve done and for your support of our other project,” McCoy said as she revealed a sign that read “Gartland Creek.”

The creek, which has run through Matter Park since before its establishment in 1892, was filled with refuse and runoff from the nearby pond and choked with weeds.

Gartland, who had approached Parks & Recreation in 2019, has spent the past three years cleaning up the creekbed and beautifying the surrounding area. He hired tree trimmers and other contractors to ensure the area would be a clean and pleasant place for park-goers to enjoy.

In addition to the creek being named after him, Gartland was also named Marion’s Champion of the Month by Mayor Alumbaugh.

“I started coming down here during the pandemic and noticed how unsightly the creek was,” said Gartland. “I just decided that I could fix it myself.”

McCoy also announced further intentions for Matter Park’s waterways to be improved. She said that these projects are partially funded but that further resources are needed to continue improvements.

“Along with beautifying this creek, we’ll also be renovating our fishing pond. As we’ve discussed with (Gartland) there is a lot of sediment build up, refuse, leaves and erosion, so we want to get that cleaned up for better fishing opportunities for our community,” said McCoy. “We’ll be adding native plants, glacial boulders, enclosing the stream that filters a lot of leaves into the pond and revamping the other stream to make it more beautiful.”

The Parks & Recreation Department has applied for a one-to-one matching Community Foundation grant which will contributing $20,000 to the project, assuming they can raise the same for themselves.

McCoy shared that the total project cost will be $160,000 and they are accepting private donations. They have also applied for a LARE (Lake and River Enhancement) grant through the Department of Natural Resources.

At this point, McCoy said they have enough funds to dredge the pond and she expects work to begin on the renovations in late summer or early fall.

“People can make a difference if they just find what they’re passionate about and take initiative to help make it happen,” said parks board member Alan Beck. “That’s what (Gartland) did. No one asked him to do this. This is something he had passion for and he just grabbed ahold of it.”

To contribute to the fishing pond renovation project visit GiveToGrant.org/MarionFishing before July 16, or contact Taylere McCoy at tmccoy@cityofmarion.in .gov or (513) 353-8545.