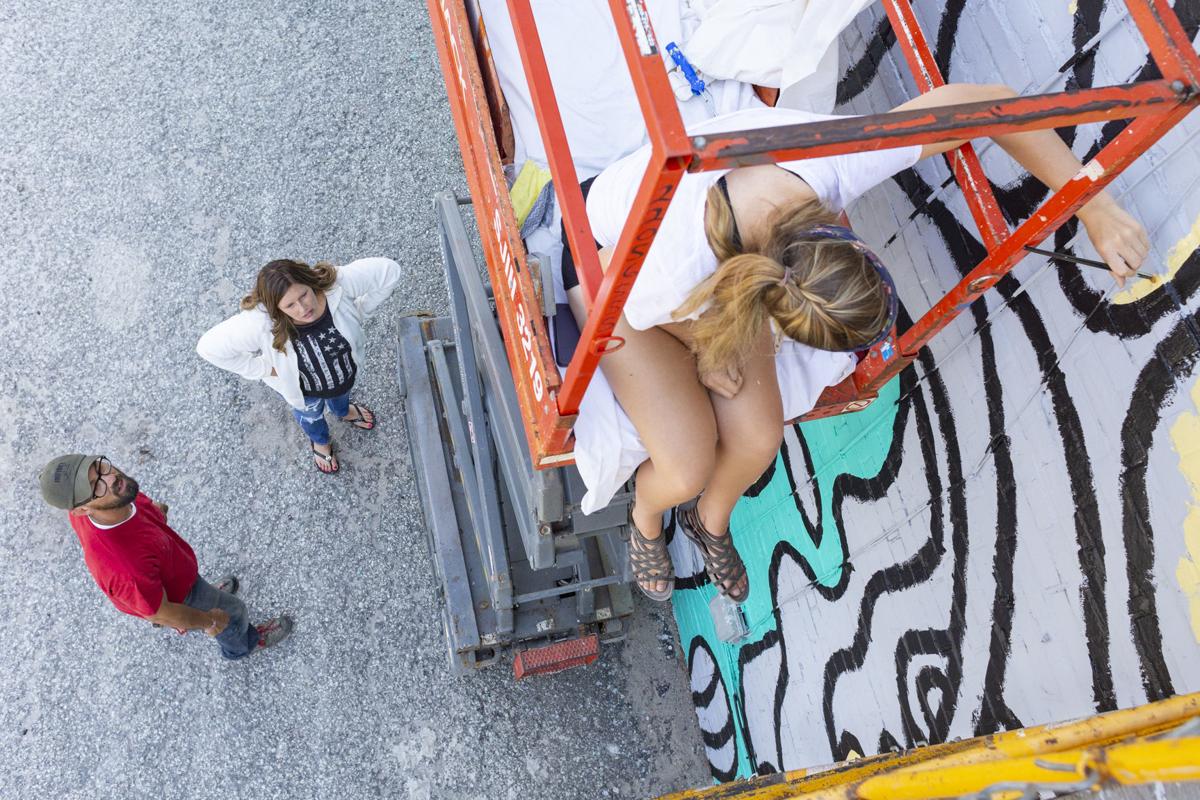 Pat Pearson, left, reviews the work of the Taylor University students during the second day of painting at their building, 125 W. Main Street, Gas City. 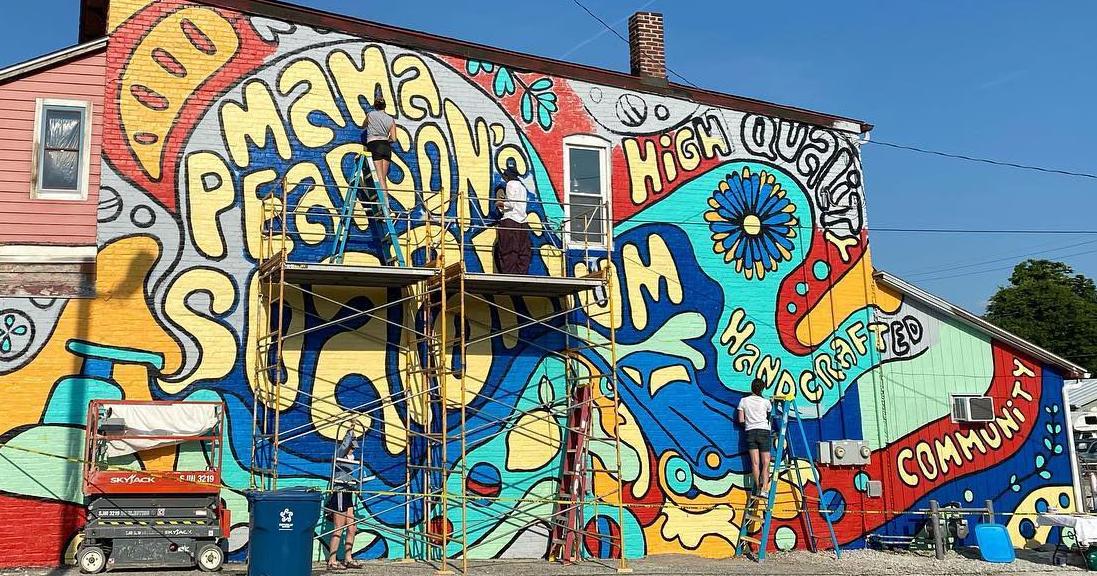 The Taylor University artists work during the second week of painting as the mural begins to come to life with color. 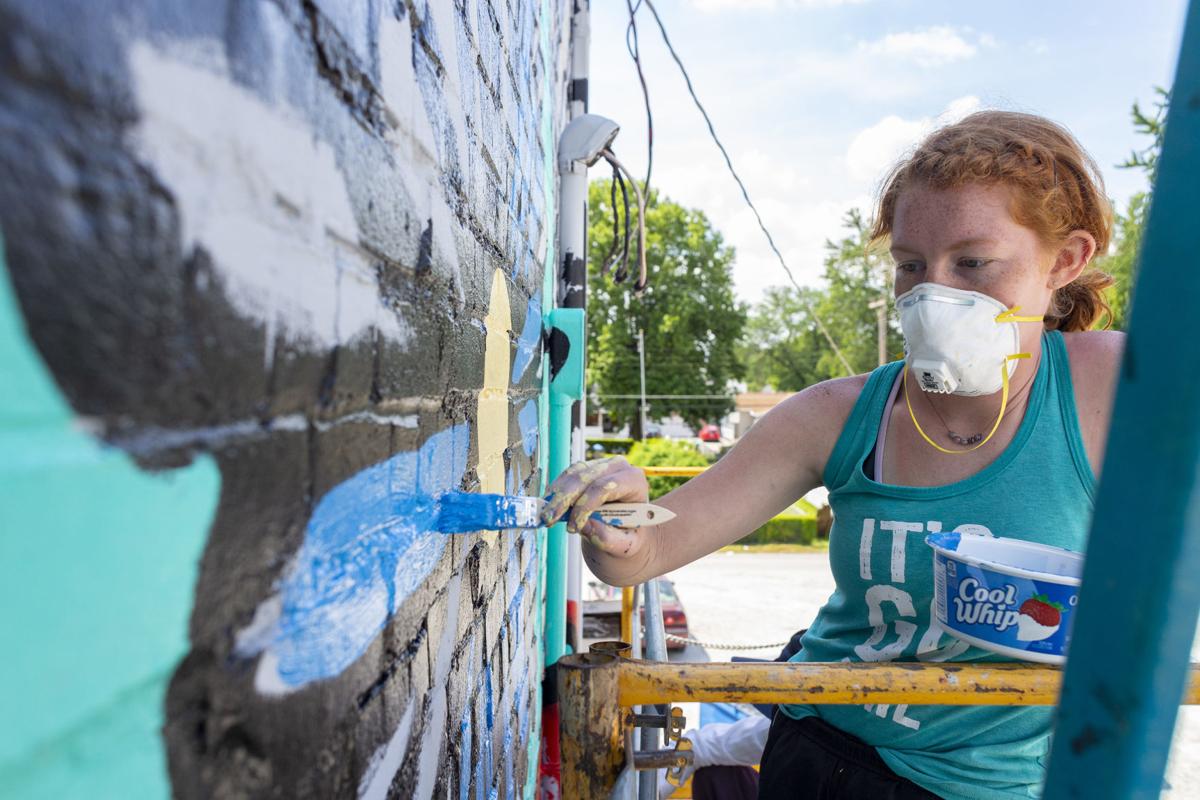 Artist Abby Braswell, who created the design that was chosen by the community, paints a large flower. Elements of nature, like flowers and a carrot, were woven into the design to symbolize the natural products Amie Pearson incorporates in her soap. 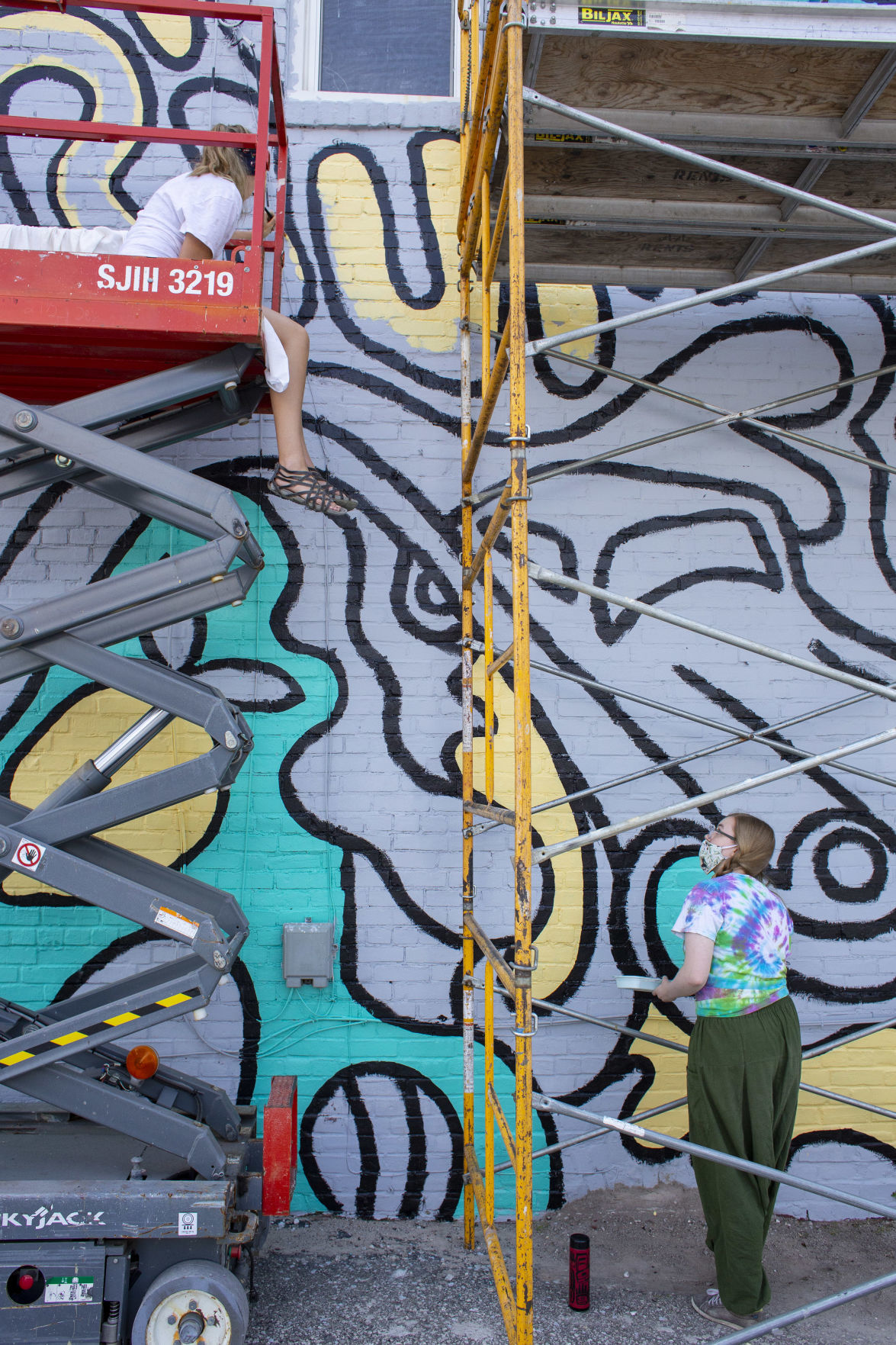 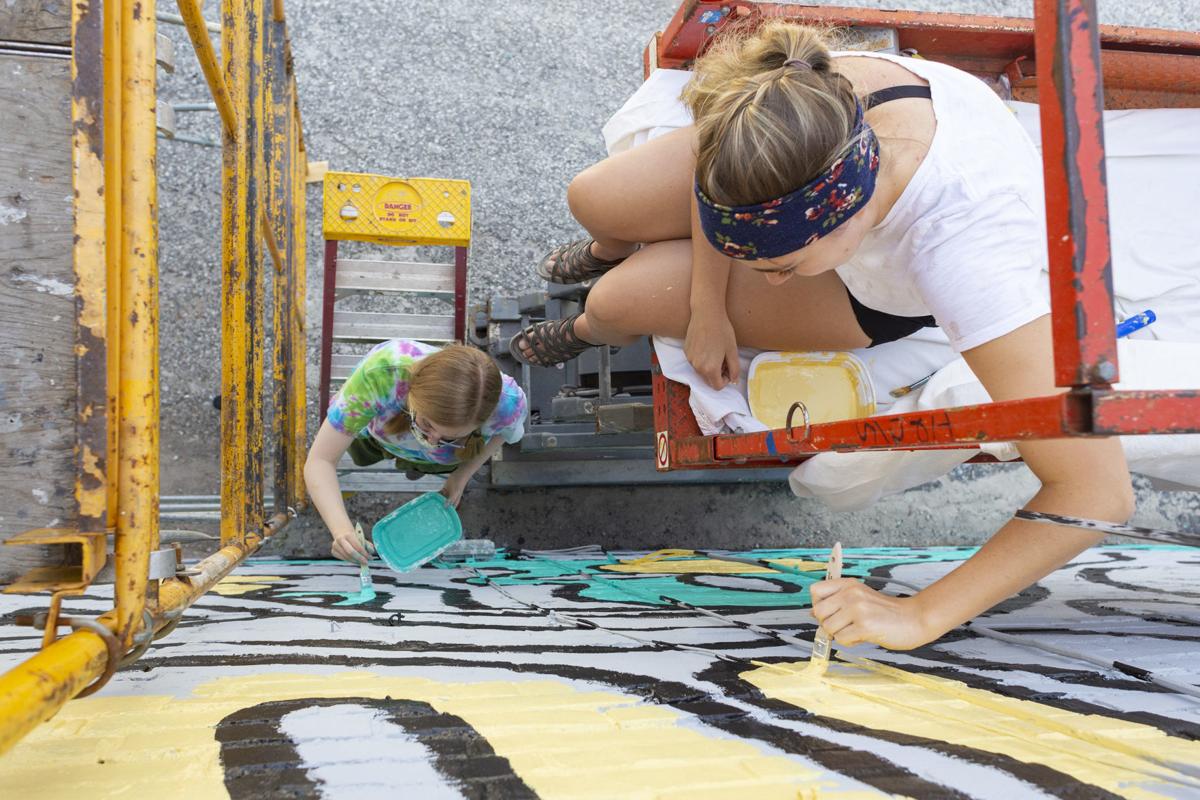 The outside of Mama Pearson’s Soaporium now mimics the inside: bright, fresh and bursting with color.

The new mural that highlights the side of the building at 125 W. Main Street in Gas City isn’t just a reflection of Amie and Pat Pearson’s business, it’s a representation of the entire community – something Amie particularly takes pride in.

“It’s got the history of Gas City in it. It’s got an old car, there’s an oil derrick... It is a beautiful, colorful painting that is going to be for our community,” Amie said, adding that the community got to vote for the final design. “It’s nice, and I think it brightens the neighborhood. It’s important to me that the community likes what we put up there.”

The Taylor University students who helped design and paint the mural – Abby Braswell, Ruth Brown, Mary Newenhisen, Rinnah Shaw, Kelley Hershberger and Sarah Brennan – submitted six designs that were later whittled down to the three final designs for the community to cast votes on. Amie said they received hundreds of votes within a short span.

She said there wasn’t any suggested theme when they started working on the design. Instead, they just sat the artists down and had a conversation.

“We really just talked to them about how important our community is to us,” she said. “My husband and I, we try to bring the community in and involve them with our business. Our customers are very important to us, and they (the artists) picked up on that aspect.”

When she saw the final design and colors coming together, Amie said it was emotional.

“I got teared up,” Amie recalled. “When I go out there and look at it, it makes me feel happy because this is Mama Pearson’s Soaporium. I’m Mama Pearson. I started this business in 2013, so to be at that point where we can do something like that, that’s meaningful to me. That gets me a little emotional to see how awesome this is.”

The feedback has been positive so far, Amie says, and she said she hopes it encourages other businesses to leave an artistic mark on the community, too.

“It brings character, culture. I love art,” she said. “It shows up in all of my work. I’m in the soap making, fragrance blending world, and so we both love art. He’s a musician, so for us, this has been a dream of ours since we bought the building, which was in 2007.”

Amie said her dream came to reality with help from a $1,000 Charm Grant offered by the Grant County Economic Growth Council along with a grant that Taylor University secured to pay the artists for their time.

She said the planning began about 1.5 years ago. They didn’t imagine it taking that long, but a series of challenges presented themselves as they worked their plan.

The first step was renovating the old brick wall, which involved replacing the mortar between all of the bricks before refinishing it and prepping it for paint, but a historically-wet spring and summer pushed back their timeline. Then, the pandemic hit during the design portion, putting the project in jeopardy.

“They started to work on it and then all of the sudden COVID-19 hit, and they were all sent home,” Amie said. “We didn’t know if we were going to go forward or not, but luckily it did.”

While the mural seems finished, the Pearsons plan to put protective coatings on the mural to preserve it for years to come.

They hope the new artwork inspires others to join the growing business scene in the community.

“We like to clean up the town – literally with soap and bath bombs – we like to do that, so we hope that this makes it a happier place to live,” Amie said with a laugh. “We love what’s happening in Gas City right now … There are new businesses opening up all over Gas City, so I think in a couple years it’s going to be different. There’s a lot going on.”