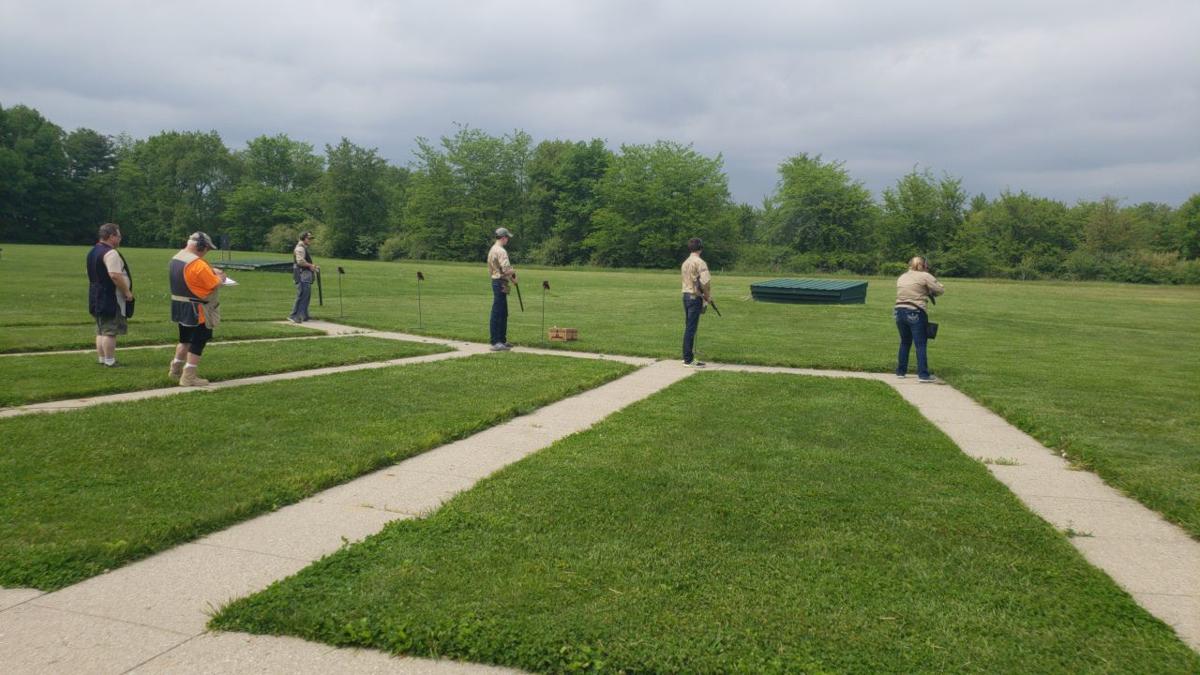 Students shooting trap stand in a line during the 2018 state competition. The green box in the background is the “house” which is where the clay targets get thrown from. 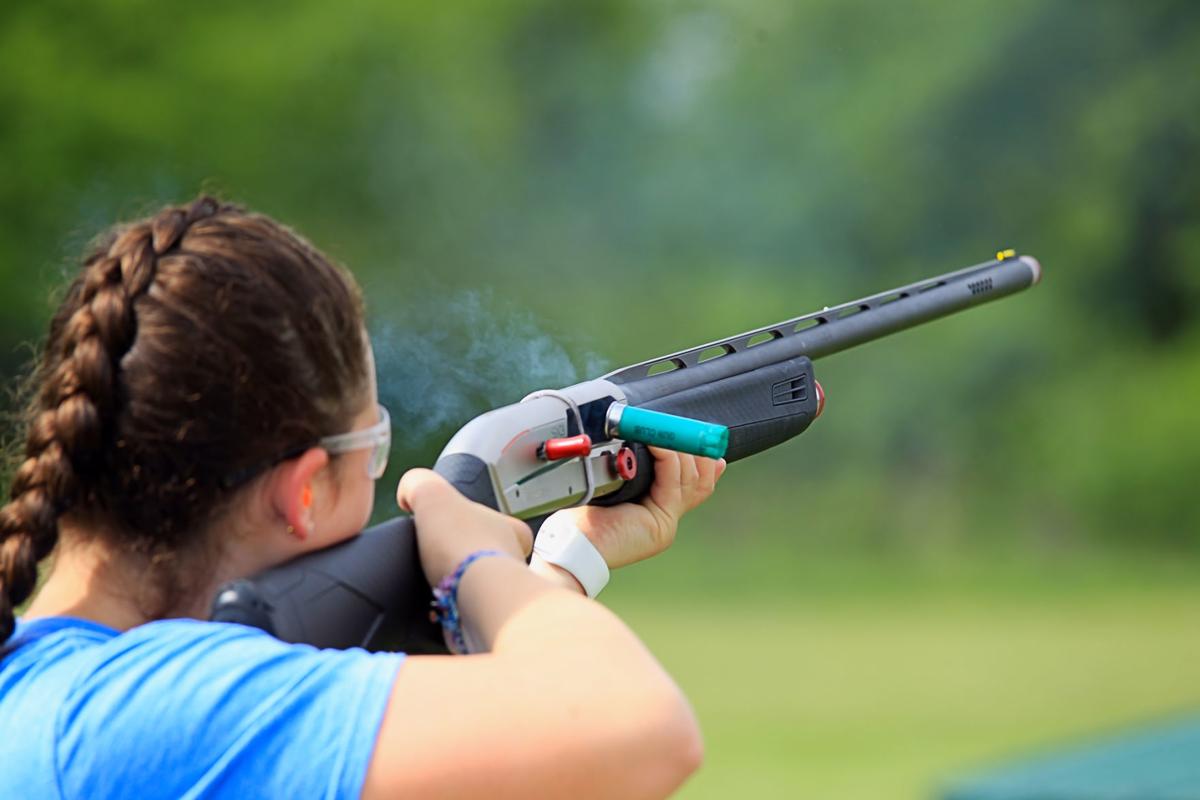 An Indiana student shoots her shotgun during the state competition in 2018. Although the season won’t begin until April 2, teams will start practicing soon, school officials say.

Students shooting trap stand in a line during the 2018 state competition. The green box in the background is the “house” which is where the clay targets get thrown from.

An Indiana student shoots her shotgun during the state competition in 2018. Although the season won’t begin until April 2, teams will start practicing soon, school officials say.

Eastbrook students with a sharp eye and quick trigger finger will have the opportunity to join a growing trend across the county now that the school board voted in favor of adding a trap shooting team this year.

What started as a single team at Oak Hill United School Corporation four years ago has evolved into 15 teams across four school corporations in Grant County competing for a shot at nationals. Some schools have more teams than others since all you need is five students to make a team, and Indiana High School Clay Target League state director Ben Huntington said “the growth has been exponential” across the nation, totaling 32,000 students in 2019 with hopes of reaching 100,000 by 2025.

“It continues to grow (in Indiana) as we get great school boards that are willing to take on some of the social conversations that take place and realize that this is something that is truly educational, something that’s trained and something that’s actually teaching kids the proper way to handle firearms,” Huntington said.

Students competing will shoot shotguns at clay projectiles which will be tallied up to compute an individual score. The individual scores will be combined as a team and uploaded virtually each weekend of the nine-week season to a leader board.

Although the trap shooting team is associated with the school corporation, Huntington said there are never guns on school campuses. He said students are instructed to go home, get their shotgun and go to Deer Creek Conservation Club.

“It’s against the law to bring guns or ammo to school, so students are not allowed to do that,” he said. “The league is very big on that.”

“With all of the negative press on guns, it is first and foremost teaching them the proper safety,” he said. “The fact that at a national tournament we’ve got 2,000 to 3,000 kids shooting thousands of shells and there’s not an injury around is because safety is No. 1.”

The Eastbrook board approved coaches for the team earlier this year, and Bryan Griffith with Deer Creek Conservation Club said he took a look at the program and gave his approval at the school board meeting.

At least five people need to sign up in order to make a team, but Griffith said he doesn’t think that will be an issue for the corporation.

“If you only have 15 kids the first year, don’t worry about that because those 15 will tell 15 of their friends and they’ll all be there next year,” he told the board. “That’s what we’ve seen already.”

Griffith said the program is user-friendly and not an intimidating environment. He told the board about how it can be socially beneficial for some kids.

“It opens up something to kids that may be intimidated or not athletic enough to do something else,” he said.

Huntington said he knew of one girl who never participated in anything in high school until she began shooting with the team.

“This is the first club she’s participated in and now she’s kind of come out of her cocoon and is now involved in many other things as well,” Huntington said. “We’ve even had the opportunity to have a couple of autistic kids shoot with out team, and that’s the neat thing about this. With proper supervision, anyone is capable of doing this because it’s very much an adaptive sport.”

The cost of the team depends on “how expensive you like to shoot.”

Huntington explained that students shoot two rounds of trap a week, going through about 50 shells each week.

He said a box of shells is about $6 and that the total cost usually comes out around $25 per week for ammo and targets.