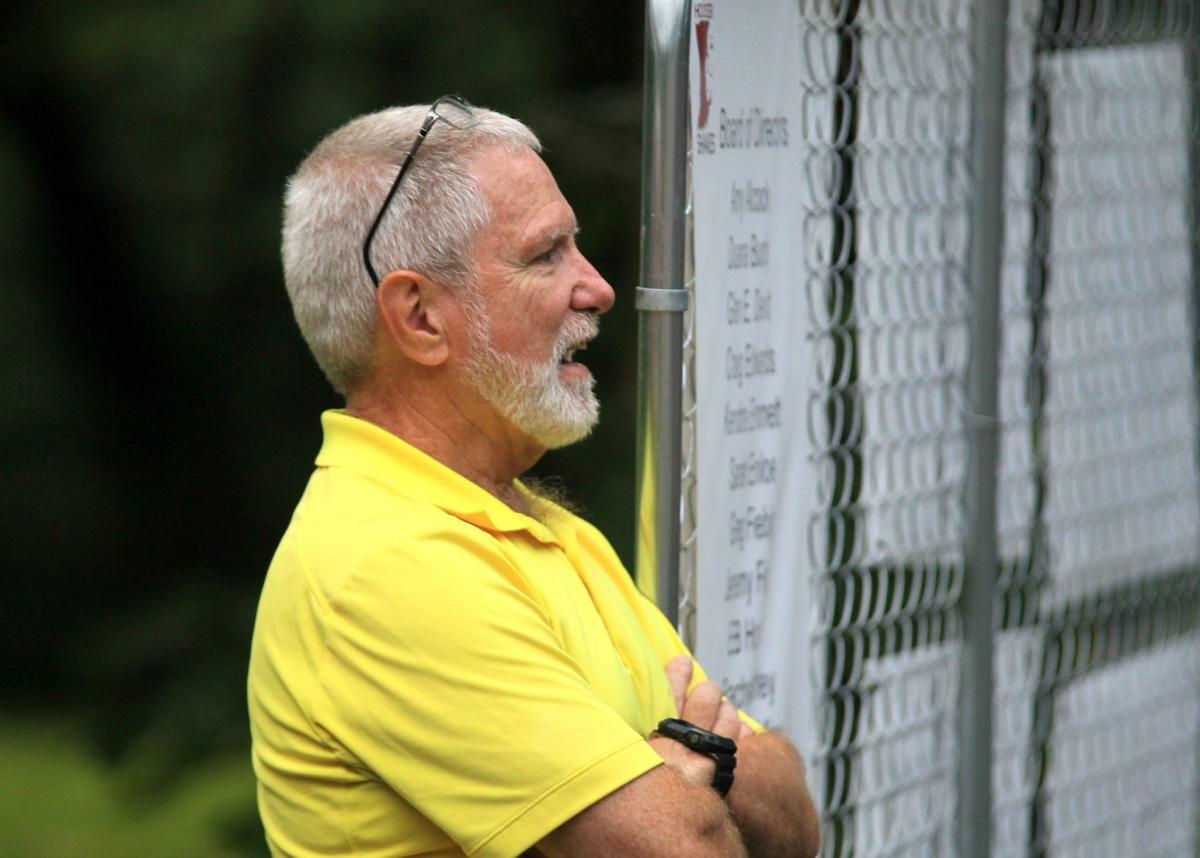 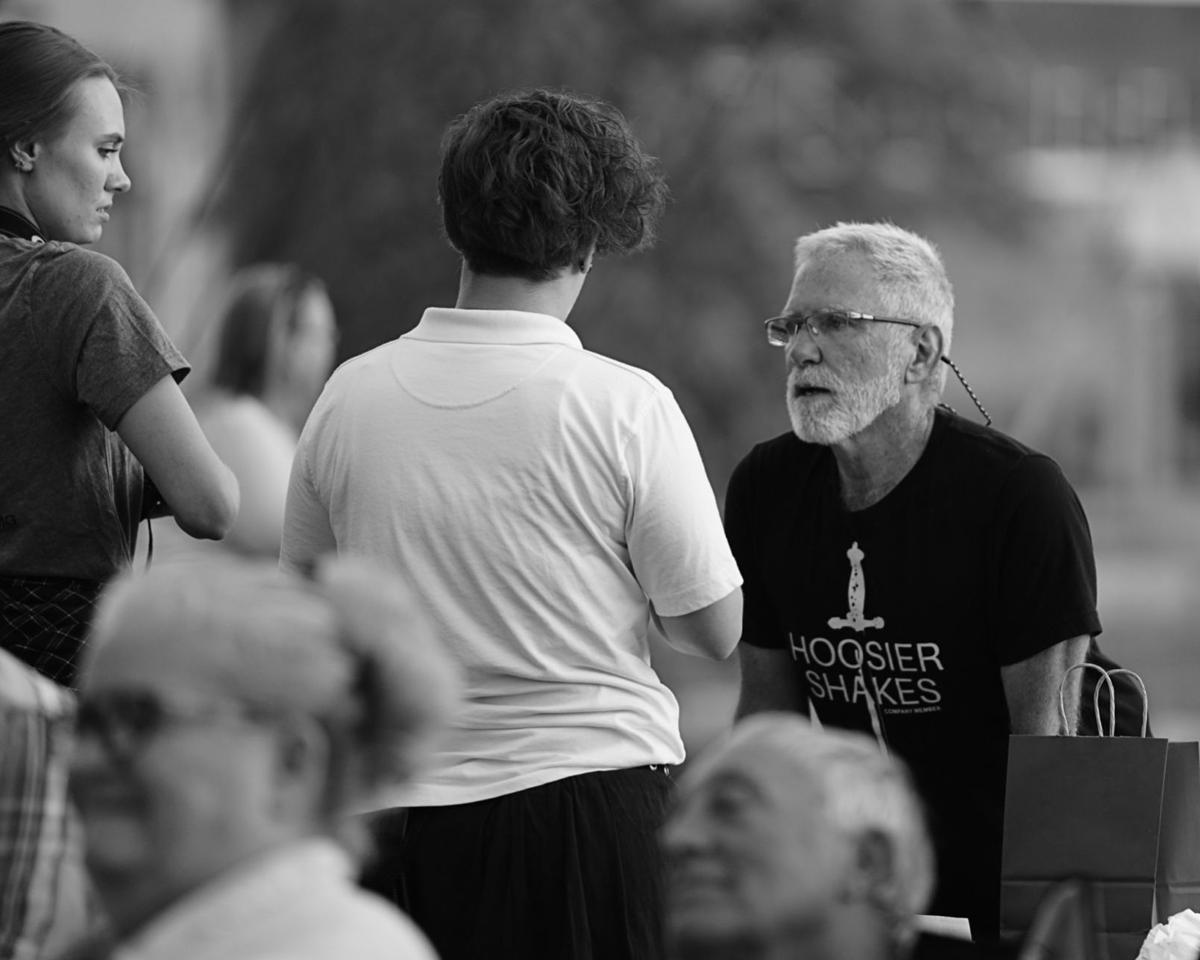 When Greg Fiebig was in high school, his father bought him a guitar.

“It was a piece of junk,” Fiebig said.

After taking a few guitar lessons, Fiebig said he gave up because his short fingers made it impossible for him to play half of the chords.

He was 16 when he left his home in Missouri to go to college and 19 when he entered graduate school and began working as a teacher’s assistant.

“I was the youngest person in the classroom. It was nuts,” Fiebig said.

For 20 years, Fiebig worked in vocational ministry before he began teaching again and eventually moved to Marion, Indiana, in 2006 to work as the technical director in the Indiana Wesleyan University theatre program.

Fiebig served as the chairperson of the division of communication and theatre for five years before returning to work solely in the classroom last year.

“That's really where I find my sense of being in a classroom,” Fiebig said.

Last year, Fiebig said he was given a five-year contract that would get him to the age of retirement.

Although he is nearing retirement age, Fiebig’s passion for the arts has not slowed down.

“I'm always looking for new and different things to do,” Fiebig said.

While teaching theatre at IWU, Fiebig started to see the opportunity to raise the quality of theatre in Grant County.

In 2016, the company performed its first show.

“I feel like I've upped the game when it comes to theatre in town,” Fiebig said. “Bringing in the professionals really changed the way our students at IWU started to perform.”

The same year Hoosier Shakes opened, Jess Alumbaugh was elected mayor of Marion, and Fiebig said he began pestering him about forming an arts alliance in the city.

“I thought there needed to be something to get all of the artists in town on the same page,” Fiebig said. “There are tons of creative people in Grant County, but they don't know one another, and they end up competing against one another. I think artists can be above that.”

After years of fighting for the arts and collaborating with other artists, Fiebig cut the ribbon at the grand opening of the Fusion Arts Alliance (FAA) in January 2020.

“(As executive director of FAA), it's fun to see different kinds of artists come together and support one another,” Fiebig said.

In March 2020, Fiebig was honored as the City of Marion’s Champion of the Month because of his involvement with Hoosier Shakes, FAA and the City of Mar­i­on Arts Com­mis­sion (CMAC).

Alumbaugh said Fiebig has relentlessly expressed his belief in the power of art to transform the culture of a city.

“I learn new stuff every day of the week,” Fiebig said. “Half of the time, it's my students teaching me things.”

When the pandemic outbreak caused all classes to move online, Fiebig said he took the opportunity to learn.

“Some of my colleges were having anxiety attacks,” Fiebig said. “I thought you know I'm going to be home a lot, so I’ll do a couple of home projects.”

Fiebig decided to fulfill a high school goal of his.

“I bought a guitar,” Fiebig said.

He got the guitar fitted for his hands and began learning chords.

“People get to my age and think, ‘You can't learn anything new,’ and I'm thinking, are you kidding me?” Fiebig said.

Fiebig said he wanted to learn guitar so that he could participate in a Hoosier Shakes show someday.

To those that feel limited by their age, Fiebig said, “Live like there's no tomorrow, and enjoy the ride.”

Fiebig suggested to those approaching retirement to begin volunteering.

His work with FAA and Hoosier Shakes is all volunteer work that he does not get paid for, Fiebig said, although he hopes Hoosier Shakes will supply him with extra income when he retires someday.

“Look for new ways to get involved,” Fiebig said. “Don't ever be content with what you've done.”