The practice of giving government handouts to businesses for making investments that will undoubtedly help the company’s bottom line has become too routine in recent years.

With all the talk about socialism, it’s peculiar that many so-called fiscal conservatives on council don’t gripe about how citizens are forced to pay the taxes of private companies nowadays.

The idea that the government gets to pick and choose winners and losers in today’s economy is frightening. What’s even more frightening is the idea that there seems to be an automatic green light for approving any tax abatement that comes across city council’s desk.

When companies file for these tax breaks, they make their argument for why the city should help them make their investment. Normally this discussion revolves around the number of jobs that the investment will create and how much those jobs pay.

Nobody can complain about more jobs and growing the tax base. It’s the oversight – or lack thereof – that’s concerning since these companies sometimes inflate the impact in order to convince public officials and the public to jump on board with paying for part of their investment.

In 2017, Advanced Cabinet Systems officials argued that 15 jobs would be created by a project to install a production cell at the location, according to past Chronicle-Tribune reports. Meeting minutes – which are government-created records – from that meeting in 2017 say even the Grant County Economic Growth Council made these claims.

On an official state document for the abatement – one of very few documents available to the public – these claims were not included.

The complete failure by the city public officials at the time and the Growth Council leadership to include the claims being sold to the public makes enforcing compliance for these deals much more difficult.

Luckily, the statement of benefits form was fully completed this time around, and it brings to light an important bit of information that should be a talking point as city council considers approving this abatement.

In 2017, there were about 60 full-time employees at the company, five of which were hired that summer, according to a Chronicle-Tribune news article about the meeting. The article is not clear about whether those five employees were part of the 15 jobs that the project was expected to create, but we will assume they were and say the company would have to reach 70 employees to make good on the deal.

Now, the company currently employs 63 workers, according to the state government form filed in the clerk’s office, which is far from what was advertised in 2017.

Now the company says four employees will be hired under the most recent abatement request.

If our government officials want to get into the business of providing tax dollars to cover private company’s bills, they need to get serious about putting protections in place to ensure both sides of the deal are upheld.

Other communities use protective measures to ensure compliance, like the use of incentive packages. The company is given assistance once they meet certain thresholds of compliance.

We have small business owners who provide a great service to our community but don’t get tax breaks to make investments in their business. We have citizens at or below the poverty line that can’t pay their own tax bills let alone the tax bills of companies who make profits.

Our council has the opportunity to make sure safeguards are in place to protect the tax abatement system from abuse. It’s up to voters to ensure this happens. 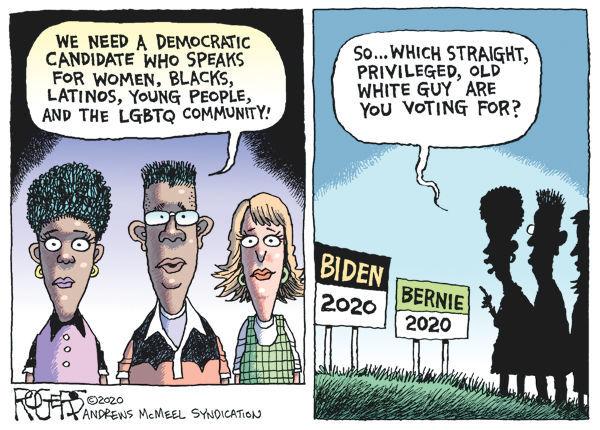