The Fifth District represents all of Grant, Madison, Tipton and Hamilton counties and portions of Marion, Blackford, Boone and Howard counties in the U.S. House of Representatives.

Bales spent 13 years in the military and is a Persian Gulf veteran and also spent 15 years as a public school teacher. He said he has always been interested in service and initially entered the race because he saw things “going way wrong” in government, which has become even more apparent during the COVID-19 pandemic.

“Each side blames each other, but the fact is that we were very unprepared and we knew that this was coming,” Bales said. “I think that’s changed everything. It’s changed all of the campaigns. Where we were talking about Second Amendment rights and health care, maybe that’s not so much important right now. Let’s look at our national security and our national stockpile and things like that.”

Bales said he is in favor of a market-driven solution to lower health care costs, with government lessening its role in the process but encouraging price transparency and healthy competition.

“It’s not like I can go down to the corner and pick from three different places necessarily with insurance and all those issues,” he said. “So I’d like to see transparency in health care. I’d like to see more tax incentives as well for small businesses too so they can provide health care for their employees as well.”

To encourage legislators to pass budgets on time, Bales said he is in favor of legislation that would not pay members of Congress until a budget is fully passed. He said the federal budget is out of control, and if elected he would work to eliminate the add-ons to spending bills with a long term goal of a Constitutional amendment mandating Congress passes a balanced budget.

“We need to stop putting all of these riders and add-ons into bills. It’s getting ridiculous,” Bales said. “Even under this, we can’t pass a clean bill in Congress, period. We can’t do it, and that’s just embarrassing.”

Bales said he is in favor of legalizing marijuana nationwide, noting the issue cannot truly be left state to state as long as marijuana is still classified as a federal Schedule I drug. He said some estimates project nationwide legalization would produce $131 billion in tax revenue a year which could be used to pay down the national debt or for other programs.

“Marijuana is a Schedule I drug and they say that because it’s highly addictive and that it has no medical use, and both of those have been proven false,” he said. “There’s a lot of people that depend on that for medication, and I think it’s time. If you look at our neighbors, our neighbors are way ahead of us and we’re really missing the boat as far as revenue and as far as jobs.”

With his background in education, Bales said he would also focus on reducing the cost of higher education by encouraging students to pursue options that fit for them outside of a traditional four-year program.

“I think that there are just so many trades jobs that are going unfilled, and good paying jobs which don’t leave you in debt for years,” he said. “We’ve kind of cheapened a bachelor’s degree just by simply tracking every student into a degree program. You know if everybody has a bachelor’s degree, then what is it worth?”

Bales said his diverse experiences in the military and in education along with a wide range of knowledge in various issues sets him apart in the field.

“I’ve noticed over the past couple of months that some of my candidates I”m running against, they’ll focus on simply health care or one focuses on mostly fiscal issues,” he said. “And that’s great, but it takes a jack of all trades, master of many to be successful in Congress, and I believe that that’s me.”

Others who have announced runs for the seat include Libertarian Ken Tucker and Independents Ellen Kizik and Vernon Moore. 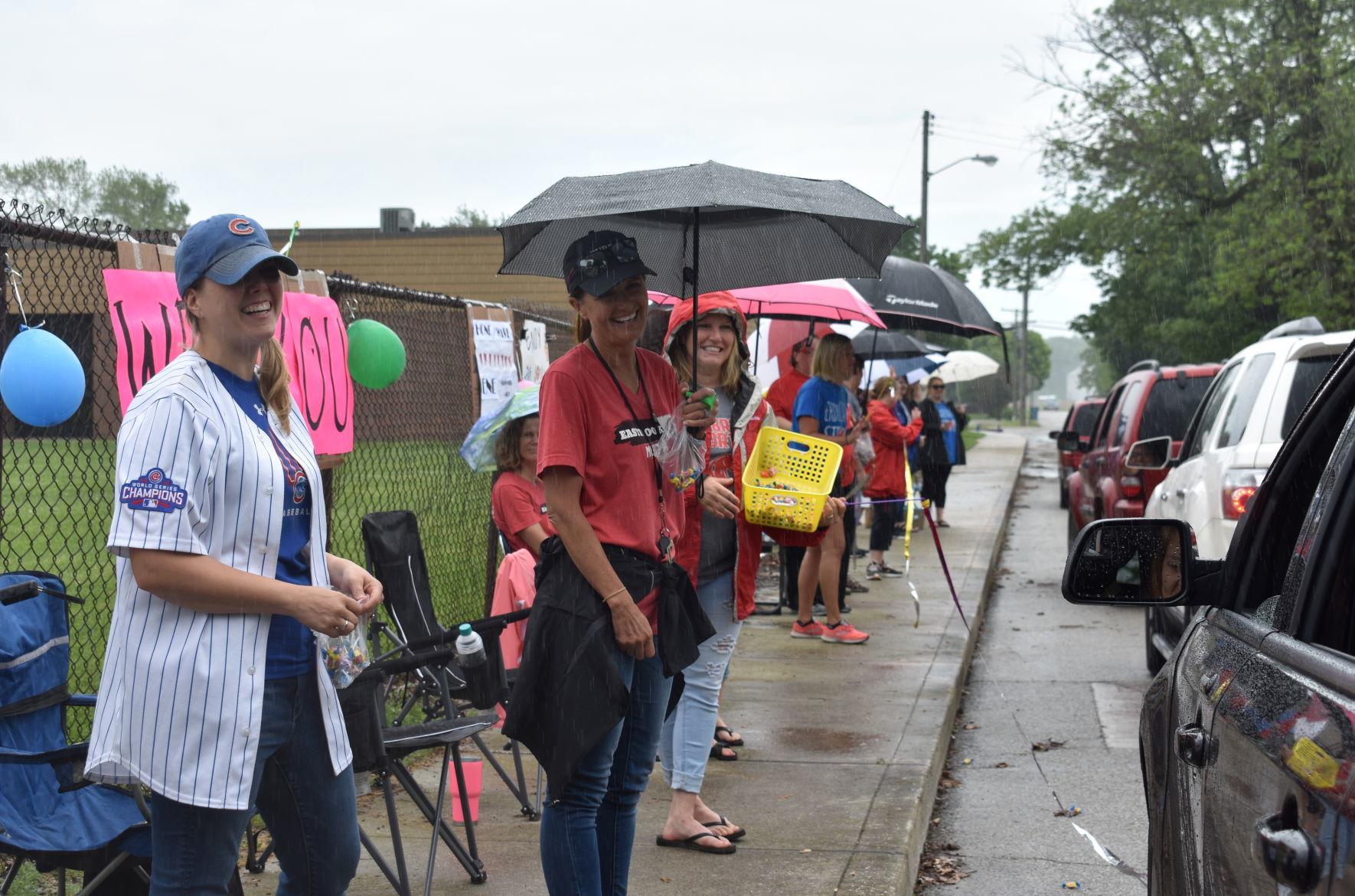 The teachers of Eastbrook North lined the sidewalk, smiling and waving to their students at the reverse teacher parade on Thursday, May 28. 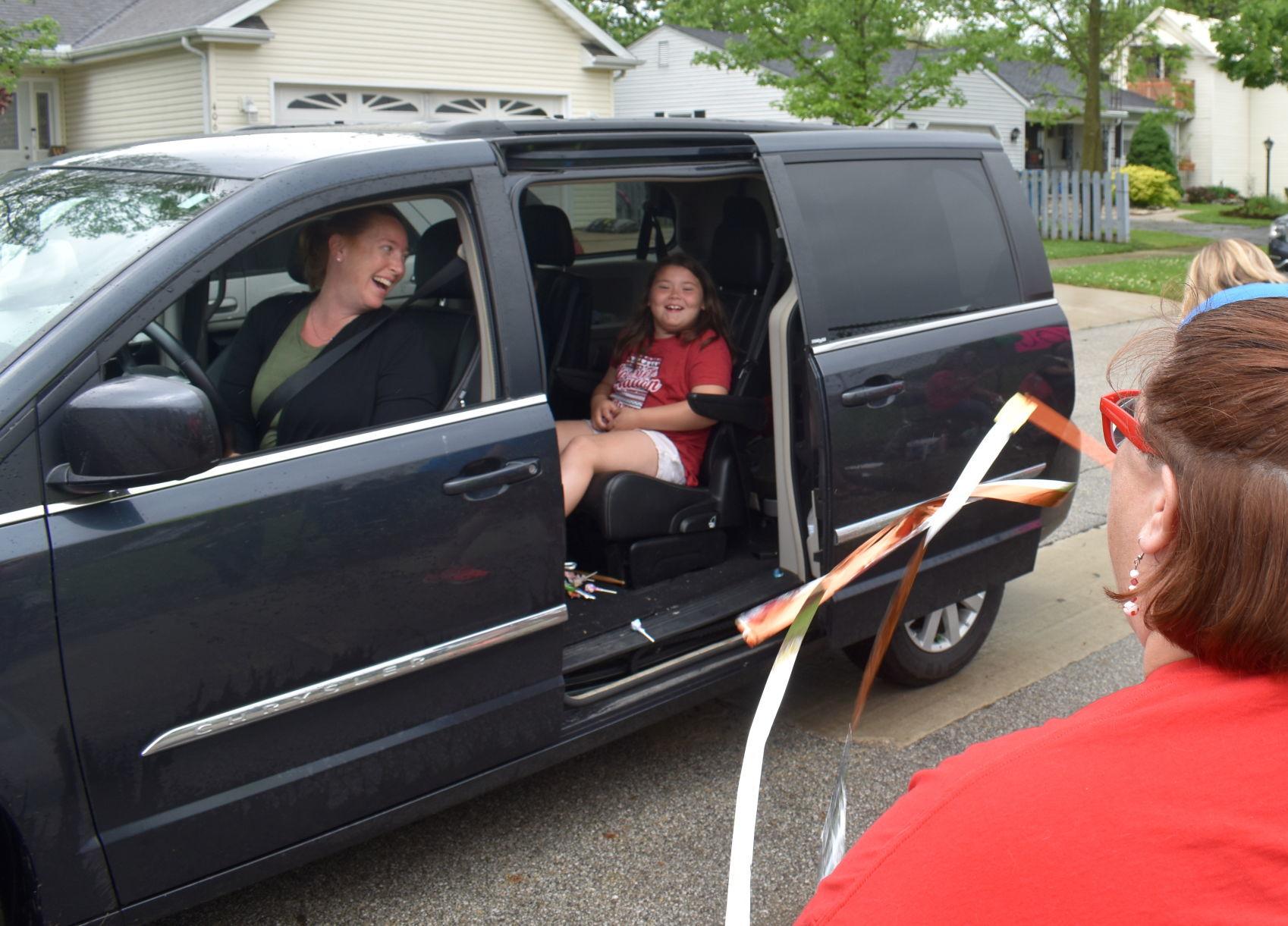 Selena Ramos drives her two children, Lyria and Liam Ramos, through the reverse teacher parade on Thursday, May 28. “E-learning was crazy,” Ramos said. “A lot of ups and downs.”

Volunteers with the AARP tax-aide program will resume free tax preparation at the Marion Public Library from June 15 through July 15, Monday through Thursday by appointment only.

Call 765-251-8506 Monday through Friday between 9 a.m. to 5 p.m. to set up an appointment. Leave your name and phone number if the line is busy and your call will be returned. All taxpayers will be required to wear masks.

The Indiana State Department of Health (ISDH) Friday reported 521 new cases of COVID-19 statewide, bringing the total number of cases to 33,558. A total of 1,946 Hoosiers have died, with another 164 probable deaths reported.

Matthew Hullinger is seeking the GOP nomination for Indiana’s Fifth Congressional District in the June 2 primary.

The Fifth District represents all of Grant, Madison, Tipton and Hamilton counties and portions of Marion, Blackford, Boone and Howard counties. The seat is up for grabs as current Rep. Susan Brooks (R) is retiring after her current term expires.

Hullinger works at Kroger and said he is running for Congress as a candidate who will always keep constituents’ interests as a priority as compared to others who get elected and are then in it for themselves.

The four core issues Hullinger said he is running on are pro-Second Amendment rights, anti-abortion, lowering taxes and making sure government programs are truly helping people who need them.

“We have these government programs to help people in need like welfare, food stamps and stuff, but I don’t feel like it’s being utilized to help the people that need it because there’s too many people that live in what I call the gray area of income which is where they make too much to get the assistance and too little to get by,” he said. “So what I would do is I would try to work with other members of Congress in creating a bill that would address those problems.”

Hullinger said while some see the increasing national debt as a revenue problem, he sees it as a spending problem.

To improve health care, Hullinger said he would work to make it easier for insurance companies to compete with one another in more areas nationwide, which would incentivize better rates and services.

“We need to get rid of the restrictions and the red tape and to allow these insurance companies to compete with each other nationwide,” Hullinger said. “Companies that actually have to compete, competitors, they try to offer you the best product at a decent price. Their prices will go down and stuff and that’s what we need to do.”

Hullinger said he is also in favor of legalizing medical marijuana nationwide but would like to leave recreational marijuana legalization up to each individual state.

With experience in customer service and interacting with all types of people, Hullinger said he would approach his fellow representatives looking to compromise on issues where possible but would take a hard stand if an issue was not in the best interests of Fifth District constituents.

“As a Republican, I would not back down from Democrats or other Republicans who are demanding way too much of me because I’m here to represent my constituents, not constituents in Virginia, New York, New Jersey,” he said.

Others who have announced runs for the seat include Libertarian Ken Tucker and Independents Ellen Kizik and Vernon Moore.